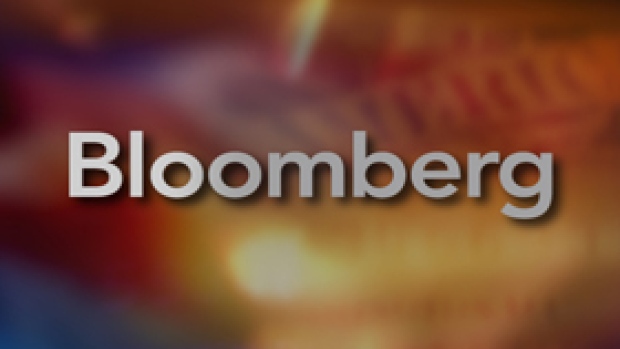 The shadow of a power transmission pylon is cast over grassy hill as power lines hang overhead in the outer suburbs of Melbourne, Australia, on Friday, April 28, 2017. Australia has some of the world's largest reserves of fossil fuels but is running short on gas. That's raised the prospect of widespread power outages and stoked a national debate over energy policy. , Bloomberg

(Bloomberg) -- At the London-based law offices of Simmons & Simmons, the phones are ringing off the hook.

Lucian Firth, an attorney who represents hedge funds and other asset managers on industry regulation, says his work life has been transformed by a new set of rules that prevent investment professionals from exaggerating the environmental and social credentials of whatever they’re selling.

The European Union introduced the Sustainable Finance Disclosure Regulation in March, and since then, clients from New York to Hong Kong have been reaching out to Firth and his colleagues at Simmons & Simmons for information about how the new rulebook will impact their business. That’s because they’re slowly realizing that an anti-greenwashing initiative created in Brussels is about to rein in a global ESG market now estimated at $35 trillion.

S&P Global estimates that non-EU investment firms valued at more than $3 trillion must adhere to SFDR, though not all will yet be fully aware. What’s more, that figure is likely to be “far higher,” given it only represents listed managers, S&P said. Firth says he tells clients outside Europe that if any of their marketing material targets the region, they’ve “got to do SFDR disclosures for that fund.” But he also says he’s increasingly seeing firms outside Europe start to comply, even if they’re not within the scope of SFDR.

Europe’s asset managers have had a ringside seat as SFDR extends its grip.

Nina Hodzic, head of the sustainable investment office at Allianz Global Investors, was part of a group of fund managers and nonprofits that helped the European Commission thrash out its sustainable finance rules. She says Allianz GI, which oversees 633 billion euros ($740 billion) in client funds across the world, has seen movements in Asia and the U.S. that show regulators and investors there are “really looking at what’s happening in the EU.”

“The snowball effect could happen quicker than some might think,” Hodzic said. “We haven’t seen something like SFDR happen before, where it is introduced and picked up so quickly.”

Here’s What SFDR Does...

In Europe, SFDR is already forcing fund managers to stop marketing dubious products as sustainable because the new rulebook no longer lets them get away with the kind of puffery that used to be widespread. Meaningless labels such as “ESG integrated” -- once a staple term in the industry -- have started to vanish from asset managers’ accounts.

“I am hoping the word ESG ‘integration’ is going to disappear because ESG ‘integration’ means nothing,” said Hortense Bioy, director of sustainability research at Morningstar Inc. “It means everything and nothing. You have to be specific and explicit.”

As vague labels get weeded out, the ESG market appears to be undergoing a correction. In Europe, the fund industry stripped the ESG tag off $2 trillion worth of financial products in the two years through 2020, just in anticipation of stricter rules. It’s part of the reason that ESG assets are now -- for the first time ever -- smaller in Europe than in the U.S. The question, though, is whether a similar adjustment is headed for the U.S.

What’s more, European asset managers know the correction they’ve just been through probably has further to go. They’ve spent the past months pouring over statements to clients to make sure they won’t be publicly shamed by regulators who are clearly losing patience with bogus ESG claims, according to people familiar with the matter. In some cases, internal swat teams have been set up to trawl through marketing materials and purge them of extravagant declarations around sustainability, lest investors complain they’ve been misled, they said.

Greenwashing -- a term that wasn’t on the finance industry’s radar a decade ago -- has suddenly become a major legal headache in the asset management industry. And firms that might have entertained the notion that regulators weren’t really tracking ESG claims are now sitting up and paying attention.

A month and a half after Germany was struck by some of the deadliest floods in living memory, the investment unit of its biggest bank made headlines for alleged greenwashing. DWS Group, which is majority owned by Deutsche Bank AG, is being investigated by the U.S. Securities and Exchange Commission and Germany’s regulator, BaFin, for allegedly having overstated the scope of its ESG investing. DWS’s shares sank 14% when the news broke and haven’t really recovered since.

Desiree Fixler, the former sustainability head who brought the allegations, says “the propaganda just got out of control.” She also says others in the asset management industry are having a hard time labeling their ESG products accurately. “Mistakes happen. Lots of asset managers are struggling to cope with the high demands for ESG...they are struggling to cope with the new European regulation.”

DWS’s senior management, who fired Fixler one day before publishing the annual accounts that are now the subject of regulatory probes, has denied her claims. But the mere fact that probes have been launched has left many in the industry shaken.

Firth at Simmons & Simmons says he’s struck by the pace at which the ESG landscape has changed. “Four years ago, I was telling clients who invest in equities about the importance of ESG,” he recalls. “And they basically showed me the door.”

Now, the industry is intensely aware that ESG is huge and that anti-greenwashing regulations represent a whole new world of potential legal risks, he says.

By some accounts, the shift in culture was long overdue. Florian Schneider, head of cross-border products at Amundi SA, which manages about $2.1 trillion in client funds, says that not that long ago, fund managers “used to be able to tell you whatever story they wanted.” But SFDR has finally “set parameters for how those stories are told.”

The Amundi manager says he’s now fielding calls from investment firms in Asia, the U.S. and Latin America that are keen to build SFDR into their work flows to “brand” their ESG products.

SFDR requires managers to document that a financial product falls into one of three main categories:

As investment managers outside Europe wake up to the fact that they’ll need to adapt to SFDR, they’ll also start to realize how fiendishly complex it is and how many more layers have yet to be added.

Europe’s decision to race ahead with its anti-greenwashing regulation is the main reason it’s set to become the global standard. But the speed with which SFDR has been cobbled together has created problems. Enforced on March 10, SFDR is being criticized by some for having been rushed through.

“The roof of the house is already prepared, but there are no walls and there is no foundation,” said Luca Bonaccorsi, sustainable finance director at T&E, a nonprofit that was involved in the negotiations around SFDR.

Bonaccorsi points out that asset managers are currently making investment decisions without all the company data they need. That’s because rules for corporate disclosures aren’t yet finished. The anti-greenwashing regulation for asset managers “was supposed to come last, but it’s come first,” he said.

As SFDR’s authors work to address those gaps, stakeholders are seizing the opportunity to push their agendas as the next leg of haggling gets under way. Asset managers are already anticipating a new round of hurdles. And the European Fund and Asset Management Association has signaled it might seek a delay to the coming phase of implementation.

Sebastien Godinot, an economist at the World Wildlife Fund, which also participated in talks, says his group will use the next rounds of talks to lobby for tougher enforcement, which would entail greater legal risks for firms caught on the wrong side of SFDR.

“It’s time to go beyond disclosure,” he said.

The Reference System on Which SFDR Is Based...

“The taxonomy -- via a 500-page EU-wide classification system defining Paris-aligned screening criteria for sustainable-economic activities -- will represent the core of asset managers’ compliance with new sustainable-finance-disclosure rules. As the world’s first green list, it creates a common language for investors, helping them to establish the effect on the climate and environment of a business activity, to avoid falling foul of greenwashing.”

Regulators say the main reason the whole process was rushed was because the pace of growth in the ESG market was generally deemed alarming. Bloomberg Intelligence estimates ESG investments will exceed $50 trillion by 2025, more than a third of all global assets. Most of the growth is happening without any real regulatory checks and balances.

“The rules were clearly needed,” said Thorsten Poetzsch, who oversees securities supervision at German regulator BaFin. “The issue should have been broached even earlier in order to provide adequate regulation.”

Poetzsch also acknowledges that much of the underlying work needed to support SFDR isn’t there. “Just look at the difficulty the financial industry has with getting data on companies in the rest of the economy,” he said.

For all its shortcomings, though, lawmakers are keen to point out that no other piece of financial regulation offers the same bold re-imagining of capitalism that SFDR does. That’s as governments and businesses generally find themselves woefully unprepared for the fallout of a hotter planet.

SFDR is “not about the impact of sustainability on returns, on profits, it’s also the impact of the companies on people and the planet,” said Paul Tang, a member of the European Parliament who participated in the talks. “In that sense, the disclosure regulation is unique in the world.”

The next layers, however, will add more complexity to SFDR, which will entail more abstruse acronyms and potentially greater legal risk for firms that misinterpret the rules. Investment managers outside Europe will once again need to follow every step.

Firth at Simmons & Simmons says a lot of people on his team already spend about 75% of their time just advising clients on how to cope with SFDR.