Global growth optimism has sunk to an all-time low, with recession fears surging in the world’s investment community, according to the latest Bank of America Corp. fund manager survey.

The share of investors expecting the economy to deteriorate is the highest ever, according to the April survey. Stagflation expectations jumped to the highest since August 2008, while monetary risk increased to a historic high, BofA strategists said, after surveying 292 panelists with $833 billion in assets under management in the first week of April.

The results highlight how gloom is taking hold among investors as the Federal Reserve turns more aggressive in its attempt to tame soaring inflation. The bearishness has been extreme enough to trigger BofA’s own buy signal, a contrarian indicator for detecting entry points into equities. Global stocks have been under pressure this month after rallying from lows in March as bond yields have soared. 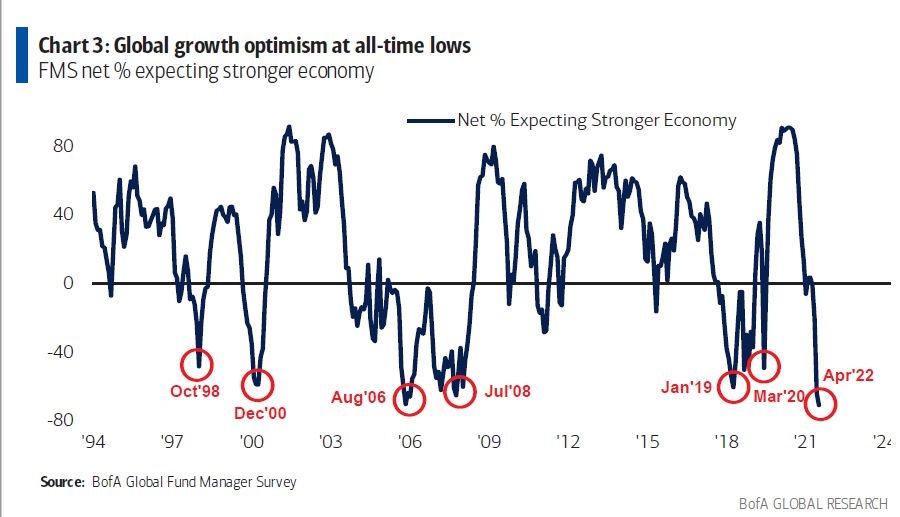 BofA’s strategists disagree with the tactical buy signal, saying they “remain in ‘sell-the-rally’ camp,” as the stock market slump earlier in the year was just an “appetizer not main course of 2022.”

“The disconnect between global growth and equity allocation remains staggering,” the strategists led by Michael Hartnett wrote in a note.

The pessimistic outlook is also echoed by Morgan Stanley’s Michael Wilson, who has been arguing that the drawdown from record highs for U.S. stocks has yet to price a looming sharp slowdown of the economy. Even some prominent bulls are dialing back back on their optimism, with Marko Kolanovic at JPMorgan Chase & Co. advising investors to take profit on the recent rebound in stocks and shift some money to government bonds. 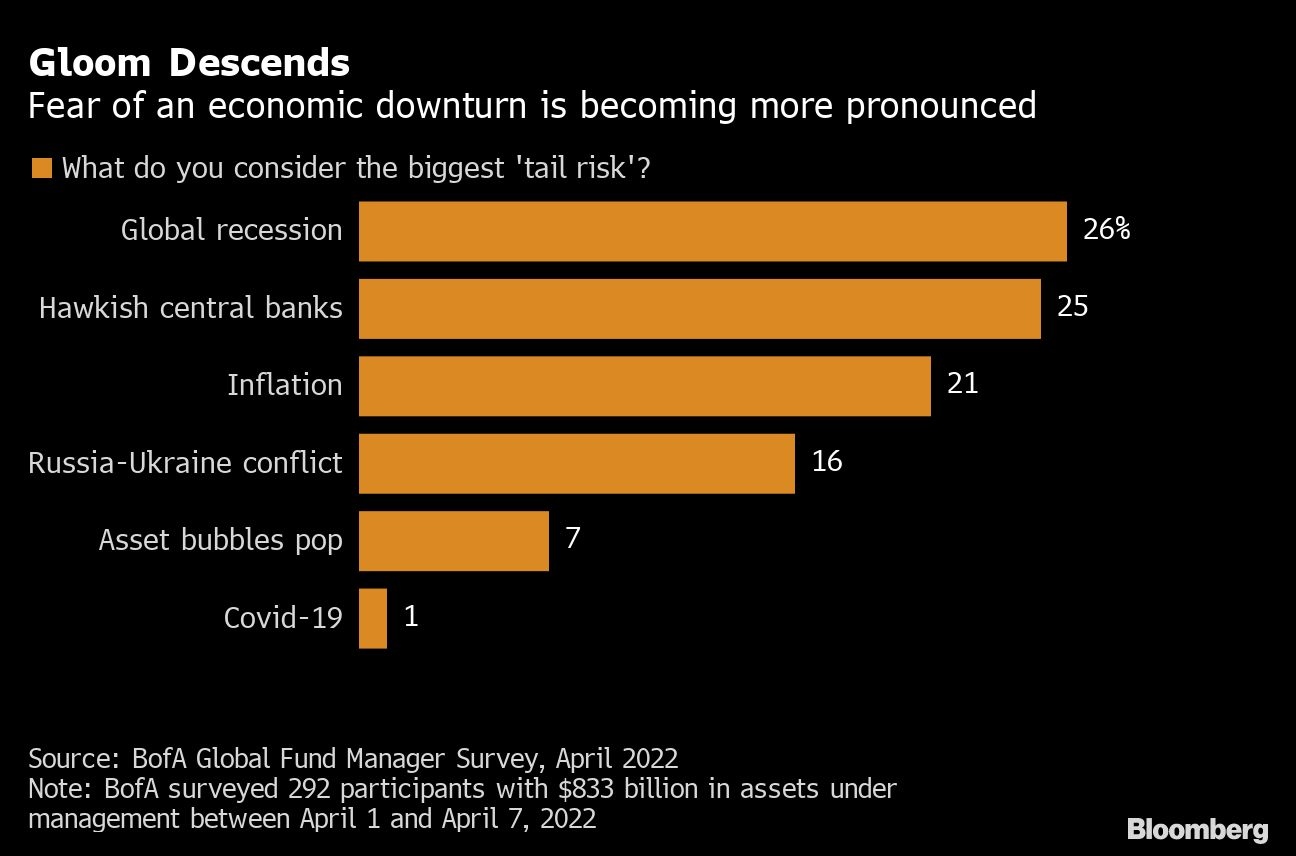 A global recession is now seen as the biggest tail risk by investors, according to BofA’s monthly survey, eclipsing the war raging in Ukraine, which has dropped to the fourth spot after topping the list in March. Subsiding war fears have helped somewhat curtail the bearishness, with cash allocations dropping from last month’s highs, according to the survey.