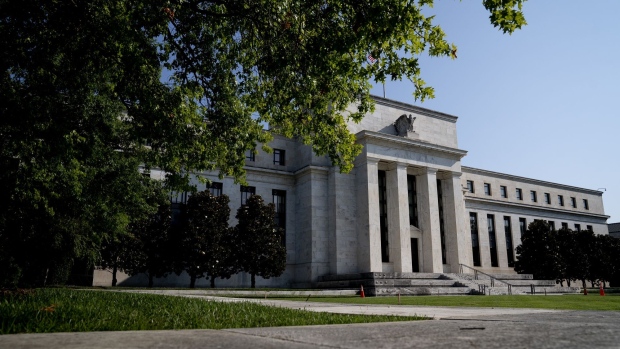 (Bloomberg) -- The market faces a peculiar anomaly: fund managers are quickly souring on global growth and earnings amid a flurry of risks, but they refuse to give up on stocks, according to the latest Bank of America Corp. survey.

“Rare fund manager survey disconnect between asset prices and fundamentals is growing,” BofA strategists led by Michael Hartnett said in a note on Tuesday. “Growth expectations are saying equity allocations should fall, but risk taking is telling the story that investors are ignoring the macro.”

The outlook for global growth and profits in September slumped to the lowest in more than a year, according to the survey conducted Sept. 3 to Sept. 9. However, investor allocation to equities dropped only slightly to a net 50% overweight and the share of respondents taking higher-than-normal risks rose to 9%. Bonds remained unpopular with a net 69% underweight, BofA said.

The reason for such market positioning? BofA strategists say that a drop in macro-economic optimism is good news for equities, as it signals that lower rates will stay in place for longer, leading to TINA (There Is No Alternative) for stocks amid a lack of appetite for bonds.

And while 84% of survey respondents anticipate the U.S. Federal Reserve to signal tapering by year-end, expectations for the timing of the first rate increase have been pushed back to February 2023 from November 2022.

Although many major fund managers remain invested in equities, risk sentiment has been cooling off in September, with the S&P 500 poised for its first month of declines in eight. Concerns over the pullback of stimulus, Covid-19 flareups and China’s crackdowns have been weighing on the mood.

Still, according to the BofA survey, the share of investors taking out hedges against a sharp drop in stock markets in the next three months is the lowest since January 2018. And a net 67% of respondents see current market liquidity as positive, the highest reading since just before the 2008 global financial crisis.