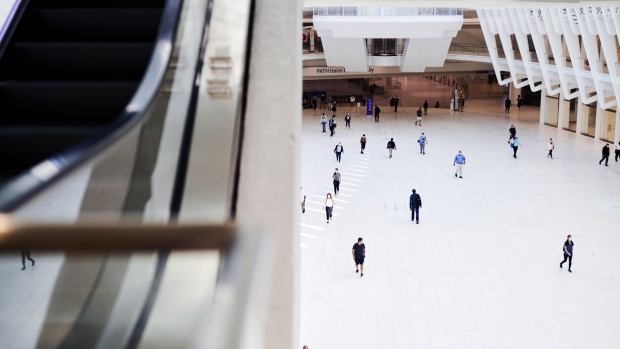 (Bloomberg) -- Many of the world’s biggest asset managers say they’re increasingly struggling with some of the rules guiding the $35 trillion market for environmental, social and governance investing.

Much of the confusion revolves around defining the “S” in ESG.

The guideposts are generally seen as confusing and this is “going to become a bigger issue going forward,” according to Rick Redding, chief executive of the New York-based Index Industry Association.

He points to a survey by the IIA, which shows that 56% of 300 investment professionals in Europe and the U.S. -- some managing more than $1 trillion -- say they’re having a hard time keeping up with edicts intended to steer capital into ESG assets. At the same time, 85% say ESG is a high priority for them.

“The ‘S’ is becoming the problem,” Redding said, referring to socially responsible investing. “What we are seeing is potentially different regulatory approaches to ‘S’” across various jurisdictions, he said.

The concern is that “you have a lot less quantitative data available,” which makes it hard for investors to back up their strategies with numbers, Redding said.

Andy Howard, who helps oversee more than $920 billion as the global head of sustainable investment at Schroders Plc, says he’s hoping for clearer European Union rules to help guide the industry. Investors in the bloc already have a green taxonomy. They’re now waiting for a social taxonomy to help them define and measure the social risk in everything from how a company treats its workers, to its exposure to child labor as well as basic parameters like equality.

But that won’t be ready for a while. For now, a so-called subgroup appointed by the EU is still exploring what should go into a social taxonomy, with a report on their findings due at the end of this year.

Mairead McGuinness, the EU’s financial markets commissioner, says the bloc’s work to produce a social taxonomy will include taking a “forensic look” at supply chains, how businesses treat their employees and issues of diversity and inclusion. More details about this work should be available before 2022, she said at a recent Bloomberg summit on sustainable investing.

Redding at IIA says that countries and regions look set to apply different standards for how they expect their asset management industries to approach the “S” in ESG.

“North America has really good data for gender and board participation,” he said. “But in parts of the world, it is just not there.” He also notes that the underlying assumptions behind social considerations can vary greatly.

“Things like gender diversity, it just doesn’t mean the same thing in some parts of the world,” he said.

Howard at Schroders says investors can’t afford to ignore the social dynamics of the businesses they help fund. “In the end, social trends or challenges underpin the performance of companies,” he said.

The problem is measuring it. “‘Society’ is a broad term and spans a huge range of issues,” Howard said.

Nathan Fabian, chief responsible investment officer at the Principles for Responsible Investment and chair of the EU Permanent Sustainable Finance Platform, says it’s clear that “the ‘E’ is more advanced than the ‘S’ when it comes to rules around ESG investing.”

But Fabian says the pandemic has added a sense of urgency to coming up with an adequate rulebook.

“We are running late on achieving the SDGs (the United Nation’s sustainable development goals),” he said. “And the pandemic has shown how deep the inequalities in society have become.”