Investor sentiment is the worst it's been in years: Portfolio manager

While stocks may be experiencing a reprieve from a recent steep sell-off, investors likely remain jittery as runaway inflation, lingering supply chain disruptions and hawkish central banks continue to place pressure on markets.

That’s led some renowned money managers and finance experts to take to Twitter and express their concerns over a possible economic meltdown coming.

Here are some of their tweets:

Micheal Burry, the investor who was made famous in Michael Lewis’ “The Big Short” after predicting the subprime mortgage collapse, gave his view on market sentiment relative to the crash of 2008 financial crisis in a since-deleted tweet. 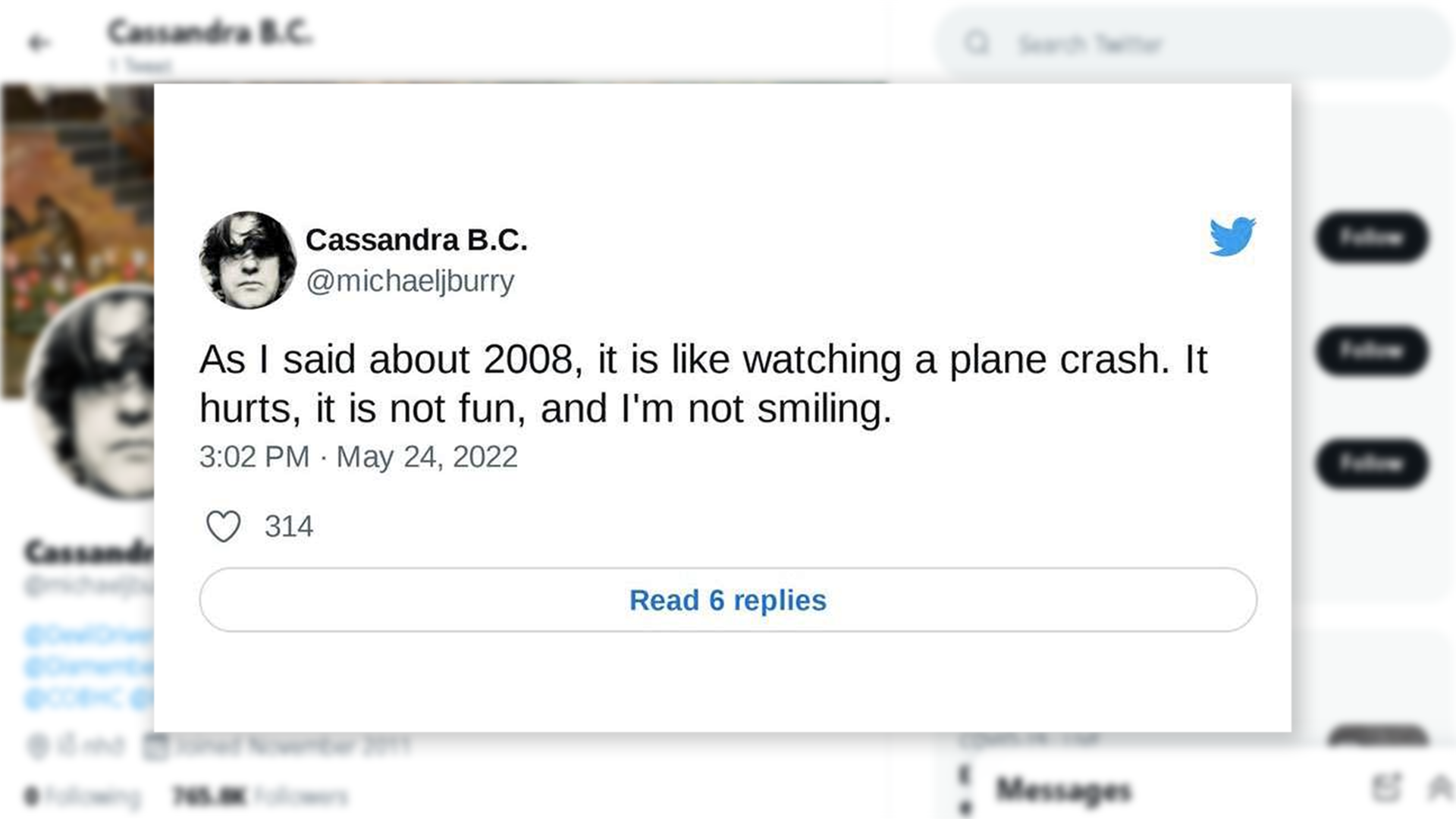 David Rosenberg, president and chief economist and strategist of Rosenberg Research, pointed to the disparity between some economic forecasts and the recent spate of disappointing retailer quarterly results.

Bill Ackman, chief executive officer at Pershing Square Capital, took to Twitter to call on the U.S. Federal Reserve to take a more aggressive approach on interest rates or risk an economic collapse. 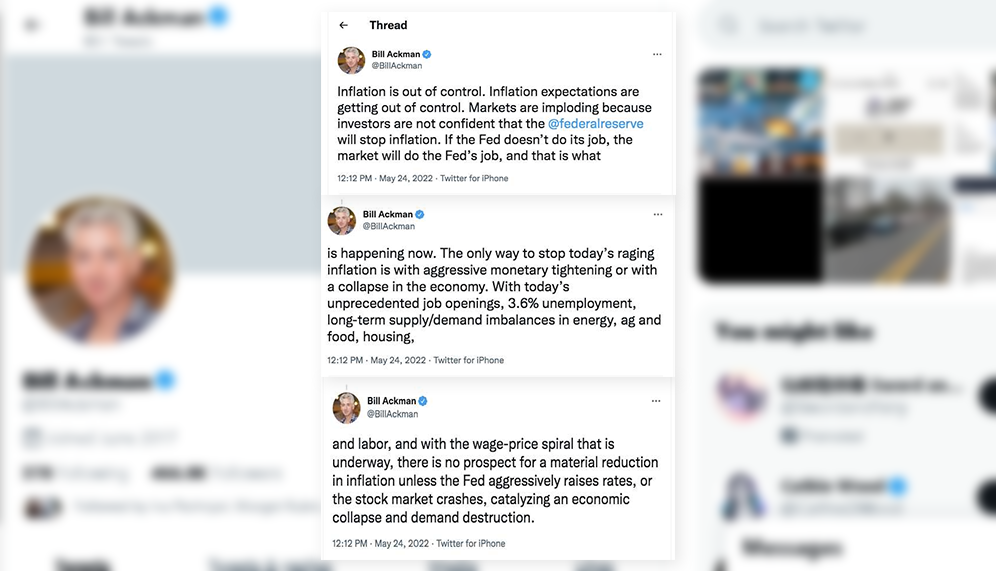 Michael Gayed, a Portfolio Manager at Toroso Asset Management, has his eye on a possible credit shock to the markets. He told BNN Bloomberg via email that in his tweet he is referring to the widening of credit spreads, which could suggest that default risk premiums are increasing. This could lead to a global margin call, he said. 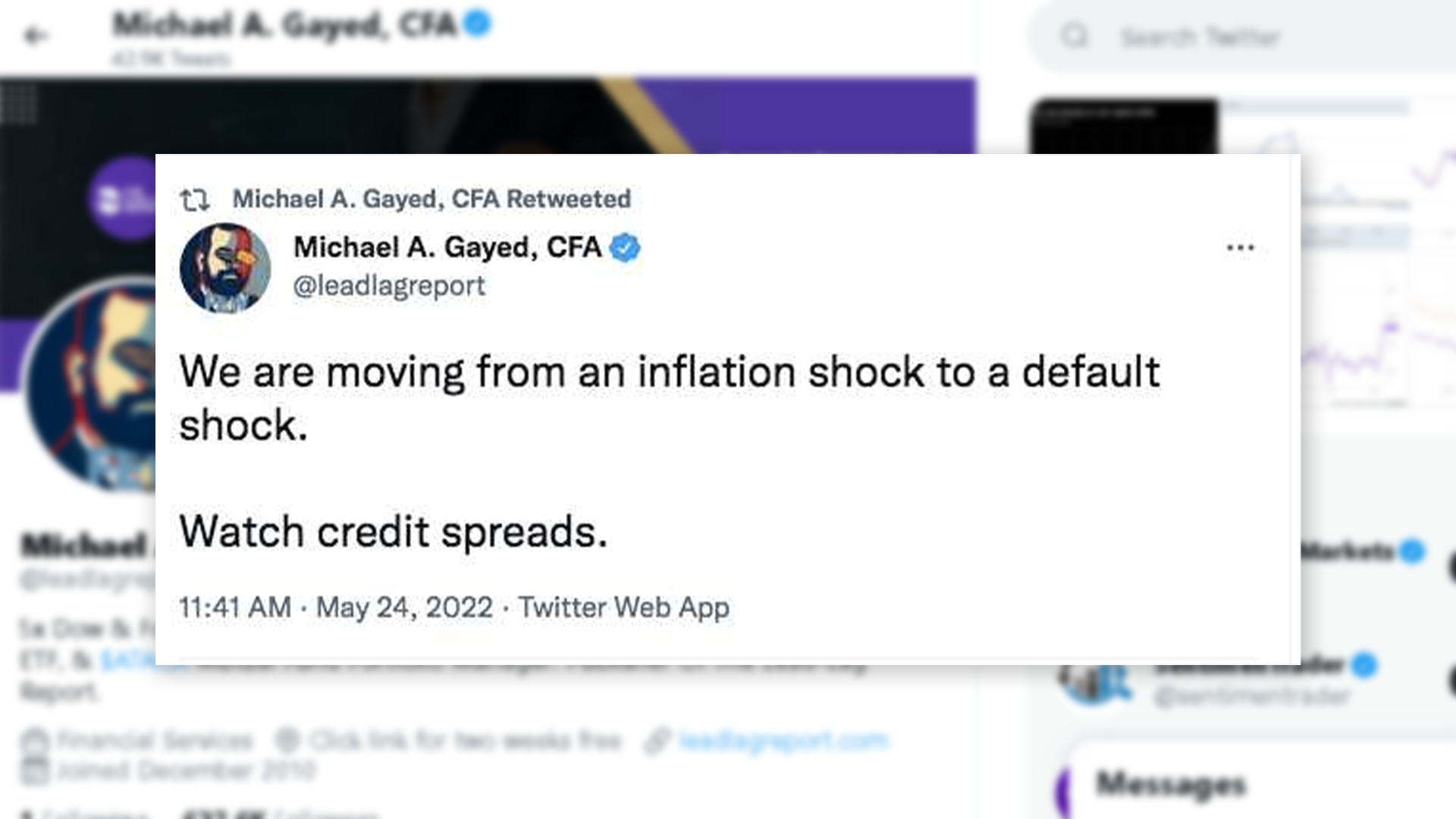 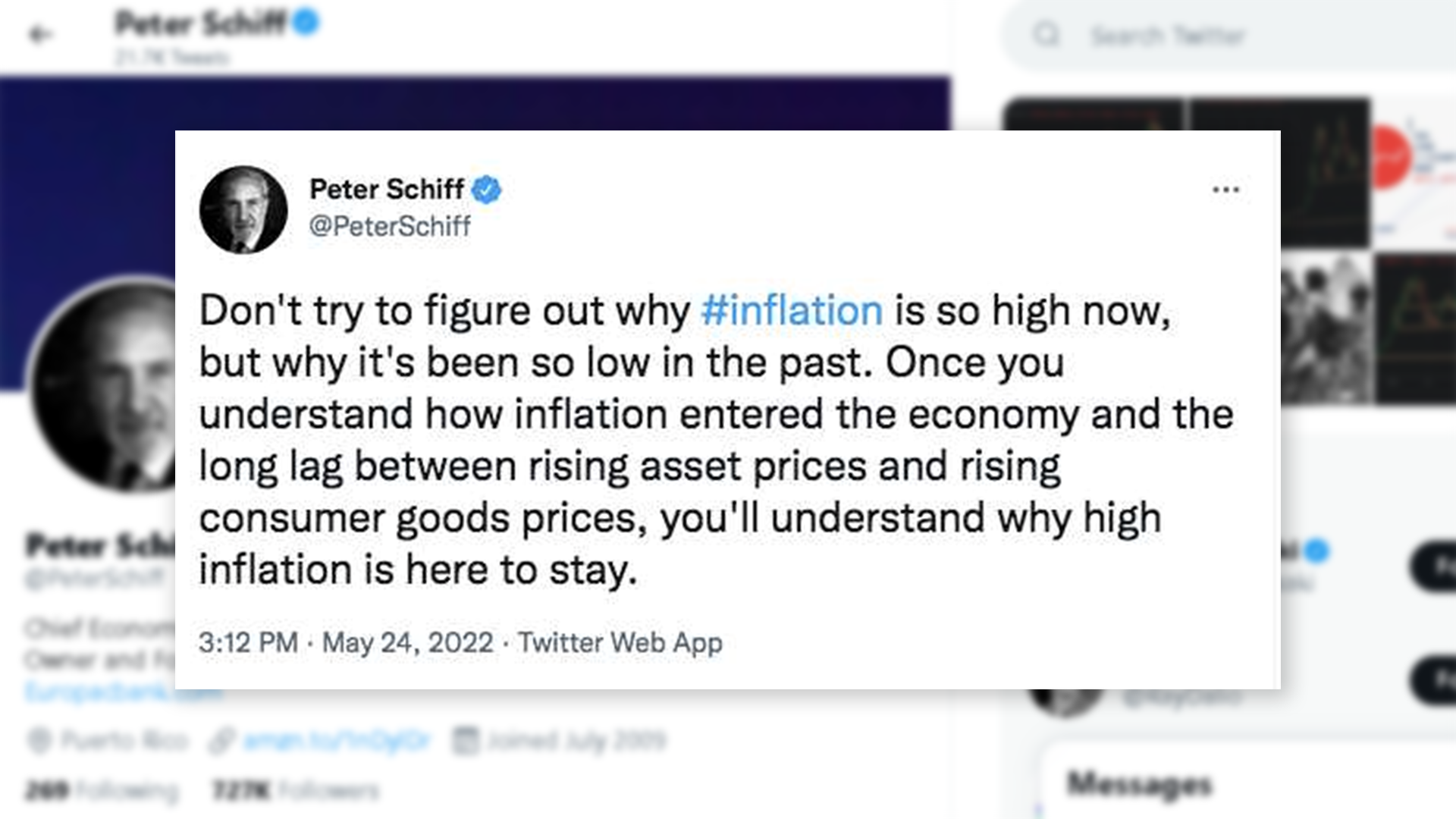 Gary Shilling, a Wall Street veteran and president of A. Gary Shilling & Co, penned an opinion article in Bloomberg News where he explains why he anticipates both demand and supply forces will soon start to depress commodity prices. 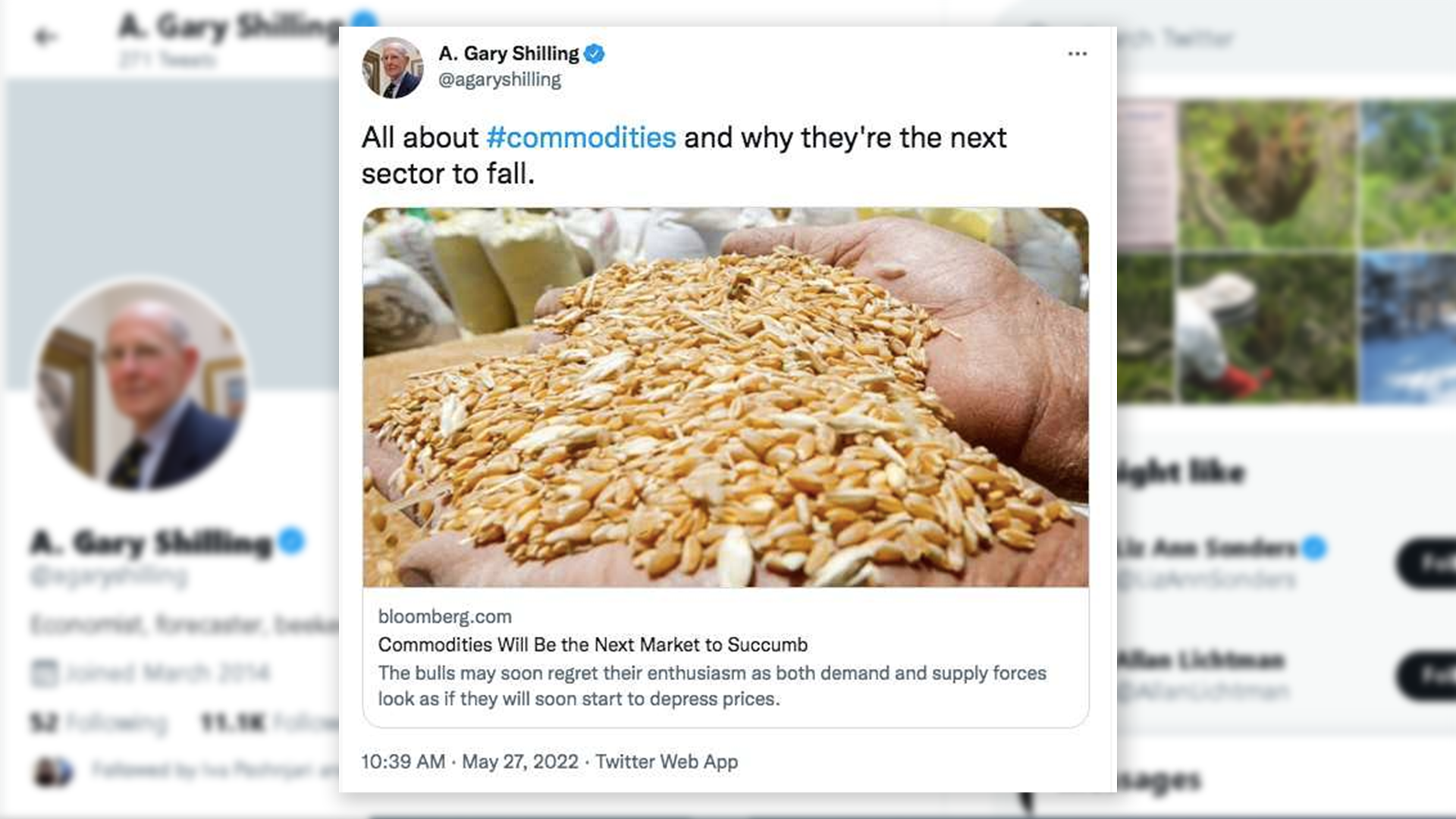 Jeff Weniger, head of equity strategy at New York-based WisdomTree Asset Management, points to the record-low sentiment of small businesses through data obtained from the National Federation of Independent Business. He told BNN Bloomberg via email that a recession is becoming increasingly possible. 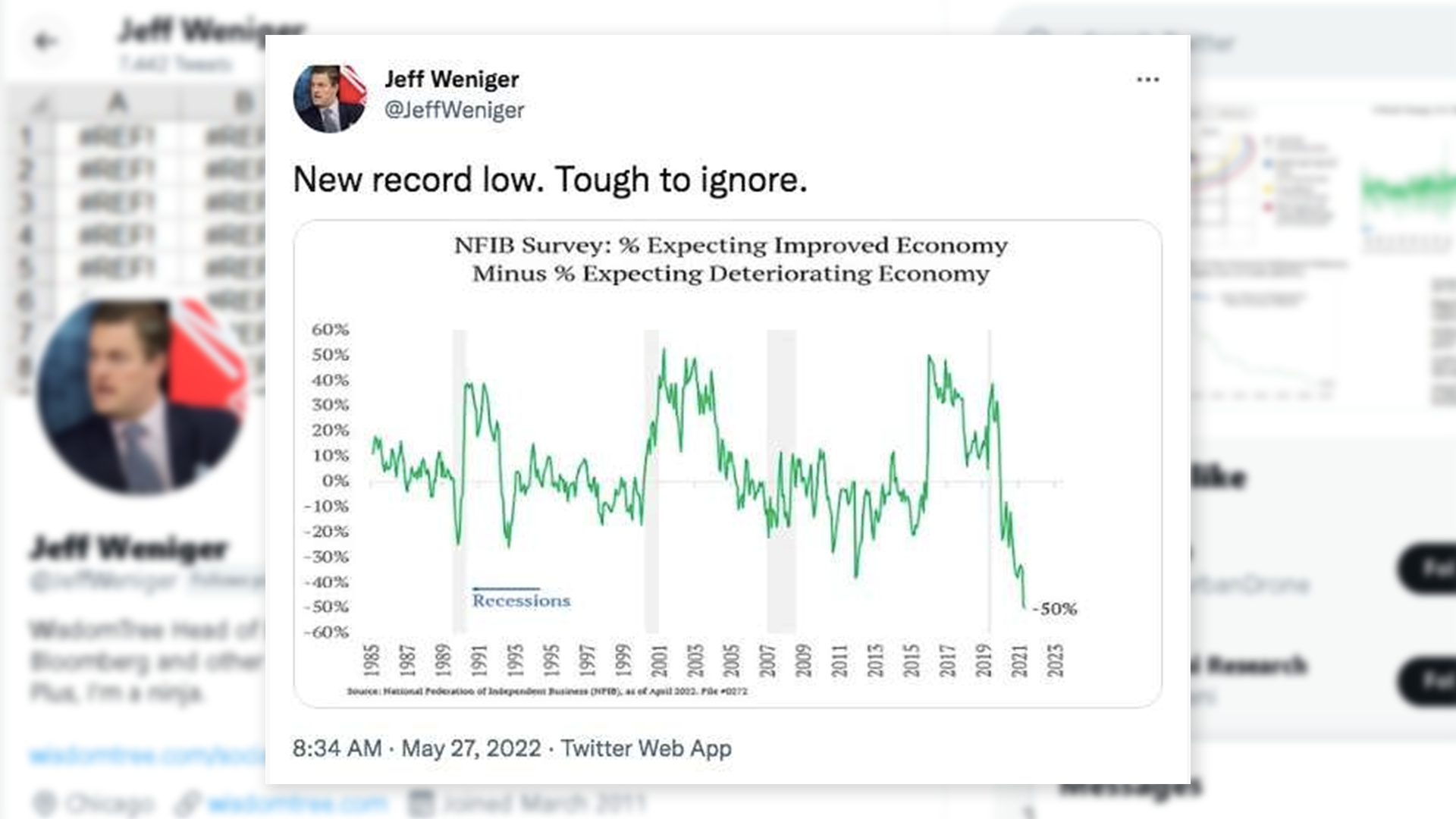 Editor’s note: An earlier version of this story included incorrect information about David Rosenberg’s career history. We regret the error.