Stocks rose the most in almost three weeks as the concern that has weighed on investor sentiment about a slowdown in economic growth eased. Crude oil jump and bond yields rose.

Energy shares helped push the S&P 500 up 0.9 per cent and into positive territory for only the second time in eight trading sessions. The tech-heavy Nasdaq 100 rose for the first time in more than a week. Treasuries fell after rallying Tuesday on a lower-than-forecast inflation report, while the dollar weakened against most major peers.

After surging 20 per cent to record highs through the first eight months of the year, the S&P 500 began September on a losing note as concern increased that a pullback in stimulus and the delta variant of the COVID-19 virus risked derailing the recovery from the pandemic. The S&P hasn’t closed higher by 1 per cent or more since July 23.

“It is time to reload on equities starting with the North American market,” Sebastien Galy, a senior macro strategist at Nordea Investment, wrote in a note to clients.

Composite volume across all exchanges surpassed 10 billion shares for the third straight day on Tuesday, the longest streak since mid-June, according to data compiled by Frank Cappelleri at Instinet LLC. 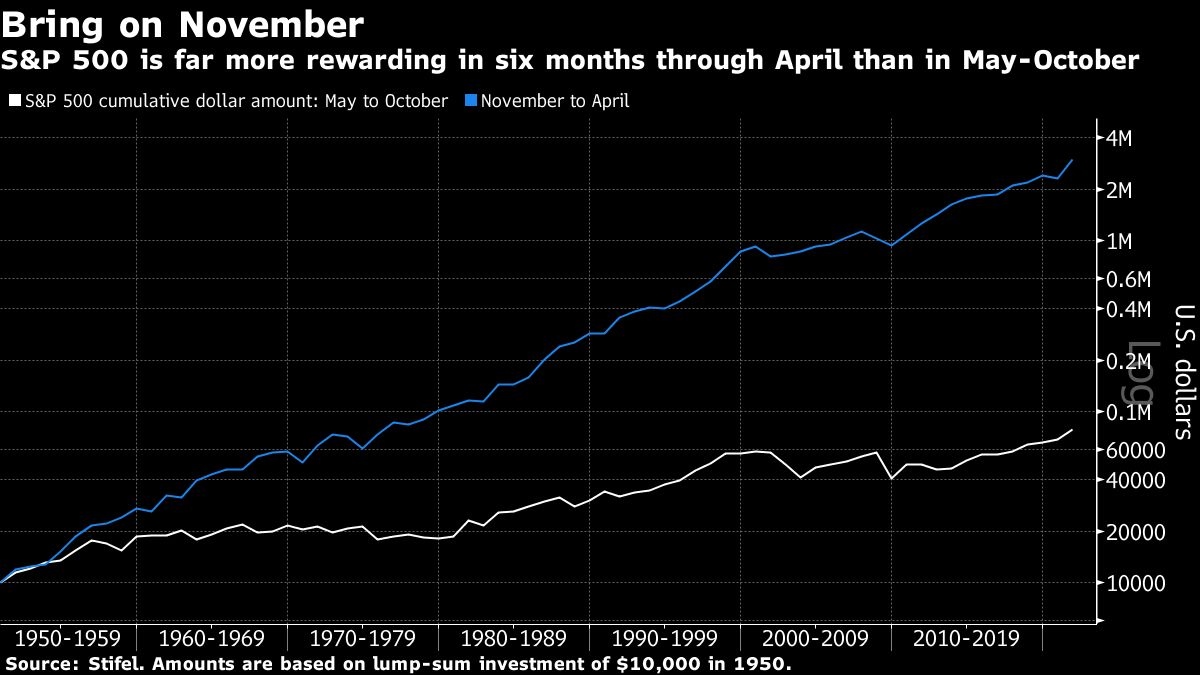 Oil clung to gains after a U.S. government report showing a bigger-than-expected decline in crude stockpiles signaled a rapidly tightening market. Global benchmark Brent crude rose above US$75 a barrel for the first time since early August, while U.S. crude futures surged as much as 3.6 per cent on Wednesday.

While Tuesday’s U.S. inflation print could be seen as reducing pressure on the Federal Reserve to start pulling back on loose monetary policy, investors remain wary of a range of obstacles. These include the impact of the delta virus variant and rising costs on economic reopening, as well as China’s drive to rein in private industries.

Going into the year-end, investors will also have to digest debate around the U.S. debt ceiling, President Joe Biden’s tax package, infrastructure spending and Fed tapering, she added.

Asian stocks dropped after reports showed China’s economy took a knock in August from stringent virus controls and tight curbs on property and as authorities told major lenders to China Evergrande Group not to expect interest payments due next week on bank loans. A debt restructuring could raise the prospect of wider social unrest and contagion in credit markets.