U.S. stocks continued their slide toward a bear market, with the S&P 500 dipping 20 per cent below its Jan. 3 closing record. Treasuries and the dollar gained as havens caught bids.

The benchmark lost 1.7 per cent in afternoon trading. A close at that level would meet the common definition for a bear market. At the end of another volatile week, price swings are likely to be exacerbated by the monthly expiration of options tied to equities and exchange-traded funds.

The S&P 500 is headed for its seventh weekly decline that would make the longest losing streak since the dotcom bubble burst more than two decades ago. It will be just its fourth streak of seven or more weekly losses in the post-World War II period, according to Bespoke Investment Group.

“It’s a small sample size, but these types of streaks haven’t occurred during particularly positive periods for the equity market,” wrote the firm’s strategists in a note. “The root causes of the weakness have been the hawkish FOMC and increasing concerns over the potential for a recession.” 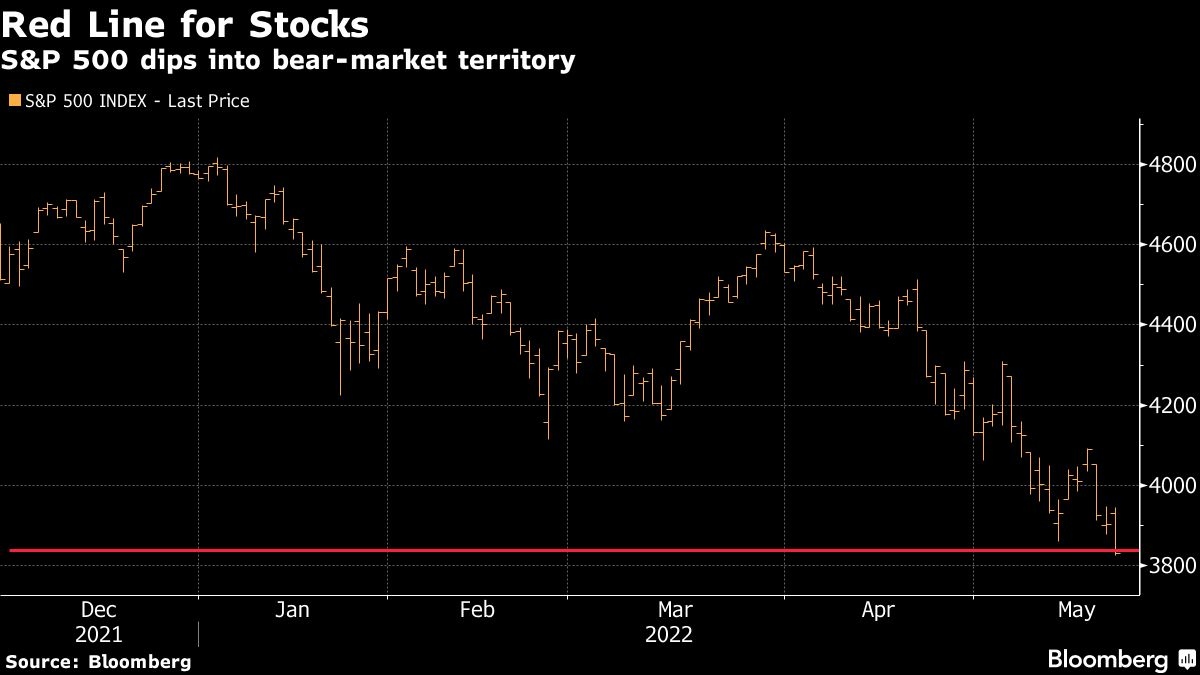 In a week marked by buy-the-dip, sell-the-rally price action, investors grappled with concerns about an economic slowdown and retailers signaled the mounting impact of high inflation on margins and consumer spending. Sentiment got a boost early Friday after Chinese lenders lowered the five-year loan prime rate by a record amount in an effort to boost mortgages and loans amid a property slump and Covid lockdowns.

In the latest developments over Russia’s war in Ukraine, the Senate passed a more than US$40 billion Ukraine aid package, sending the bill to President Joe Biden for his signature. Meanwhile, the Group of Seven industrialized nations will agree on more than 18 billion euros (US$19 billion) in aid for Ukraine, according to German Finance Minister Christian Lindner.