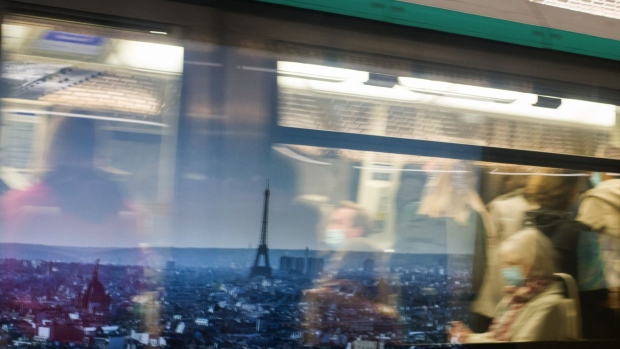 The drive to overhaul global taxes for companies gathered more steam on Wednesday after Group of 20 finance chiefs, encouraged by new U.S. proposals, pledged to reach a consensus on new rules by mid-year.

The finance ministers and central bank governors said they’re committed to “reaching a global and consensus-based solution” on a minimum global corporate rates and how to levy the profits of multinational technology giants.

An agreement could have significant ramifications for the world, bolstering incomes for many governments as they try to rebuild their economies after the pandemic. Others may balk though, as Ireland signaled.

After years of disputes during Donald Trump’s U.S. presidency, talks to revamp the global tax system have accelerated under his successor Joe Biden. Treasury Secretary Janet Yellen last week laid out plans for a 21 per cent minimum global levy, much higher than the 12.5 per cent under discussion among nearly 140 countries at the Organization for Economic Cooperation and Development.

“Secretary Yellen has been stressing the need to set a minimum rate for multinational companies -- this is consistent with work going on within the G-20” Italian Finance Minister Daniele Franco told reporters. “The issue of international taxation has been on the floor over several years, and we see an acceleration in the process this year.”

Shortly before the meeting, French Finance Minister Bruno Le Maire told Bloomberg TV that his country is open to a higher rate than 12.5 per cent. He also said France is weighing long-awaited proposals from the U.S. on how to tax the profits of tech firms.

Such a move would share the rights to tax the profits of American businesses such as Facebook Inc. and Alphabet Inc., and mark a significant breakthrough after years of entrenched transatlantic disagreements on the issue.

The growing momentum is already meeting skepticism from small countries that have lured investment from international firms with low tax rates though. Speaking to Bloomberg Television on Wednesday, Irish Finance Minister Paschal Donohoe said attention must be paid to the size of economies in setting any new rules.

“At this point in time, the principle of a global minimum effective tax rate, we do have reservations about it, they could indeed be quite strong,” Donohoe said. “But we want to hear all views in relation to this.”

The G-20 finance chiefs also endorsed an extension of debt relief for the world’s poorest nations through to the end of the year, and backed an initiative to bolster IMF financial resources by US$650 billion to help the world’s most vulnerable economies cope with the fallout from the pandemic.

In addition, they said they “recall our commitment to fight protectionism” -- another sign the U.S. is taking a more cooperative global approach than under the Trump administration.