Group of Seven governments are nearing a deal to pursue a minimum corporate tax rate of at least 15 per cent in international negotiations, but remain at odds over how to treat global technology companies, officials said.

Finance ministers are meeting Friday and Saturday in London, and are due to release a statement after the discussions. Agreeing on the minimum tax rate would be only one of two parts of a broader deal that countries are trying to reach, which also covers how to divide up levies on some of the biggest multinational firms like Facebook Inc. and Amazon.com Inc.

Reaching consensus on terms for that part is proving trickier, with officials still engaged in talks, the people said, speaking on condition of anonymity to describe the private discussions. 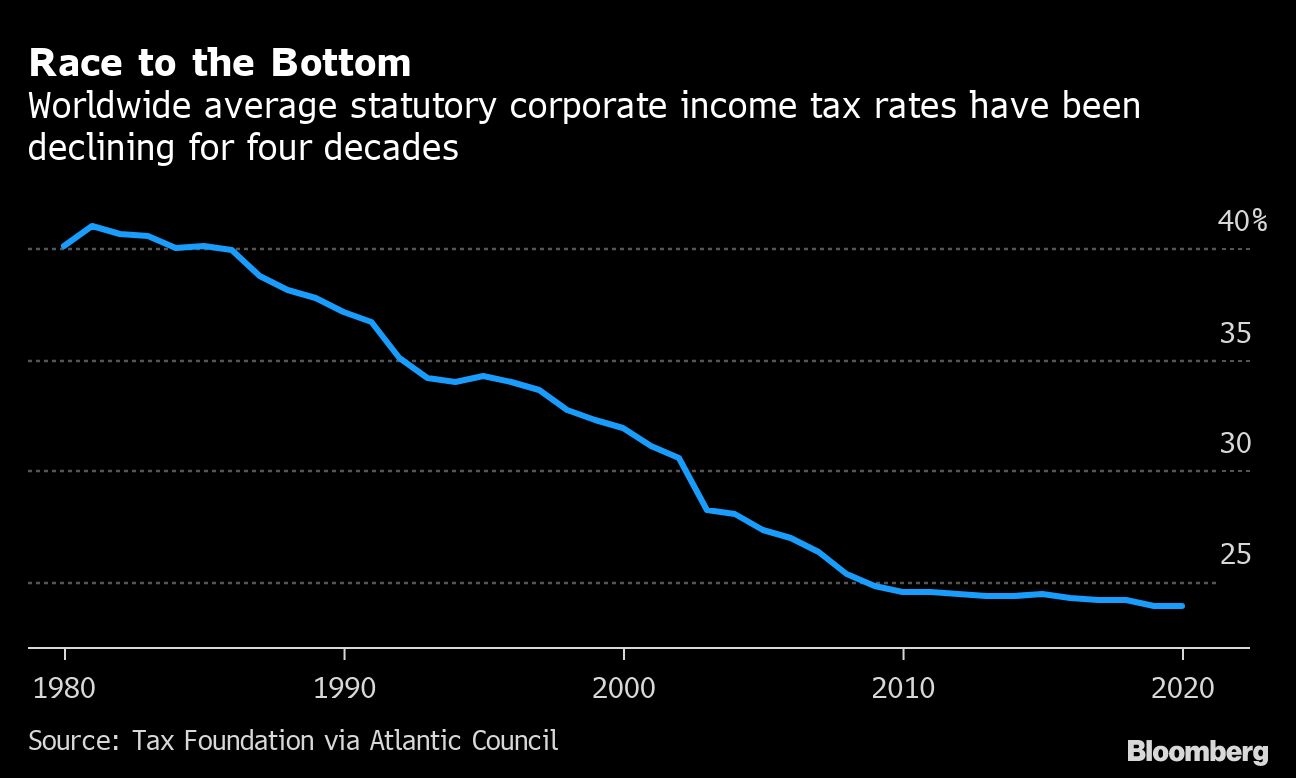 Agreeing on the “at least” wording would leave room for maneuver in broader talks involving around 140 nations on how to rework global rules to stop multinational companies from shifting profits to low-tax jurisdictions. It would also give the Biden administration some leeway as it pursues domestic legislation in Congress.

European ministers had already described U.S. Treasury Secretary Janet Yellen’s proposal for a rate of at least 15 per cent -- lower than the 21 per cent the Biden administration initially mooted -- as a good compromise. It’s not yet clear whether a specific rate would be included in the G-7 communiqué to be published on Saturday.

“We are not far from a global agreement,” French Finance Minister Bruno Le Maire said in a televised interview with the BBC on Friday. “We are still working, there are still some slight difficulties. But I hope that at the end of this G-7 we might have a global agreement” on both the global minimum tax rate and levies on tech companies, he said.

“Clearly 15 per cent is only a starting point, and if it is higher, it is better to have a level of rate that is higher than 15 per cent,” Le Maire said.

According to one official, one of the sticking points is a U.S. demand that France, Italy and the U.K. immediately drop their digital taxes once a deal has been struck -- even before it has been implemented.

The global talks, taking place under the auspices of the Organization for Economic Cooperation and Development, have always struggled with the issue of how to divide among nations the right to tax the biggest multinationals.

European governments, under political pressure at home, have insisted those rules must target digital firms such as Google and Amazon.com. But the U.S. has said -- under President Joe Biden as well as his predecessor, Donald Trump -- that there should be no singling out of what are mainly American companies in a new rulebook.

The U.K. said in a statement Friday that finance ministers held “productive negotiations about reforming the global tax system and tackling the tax challenges that arise in a complex, digital global economy.”