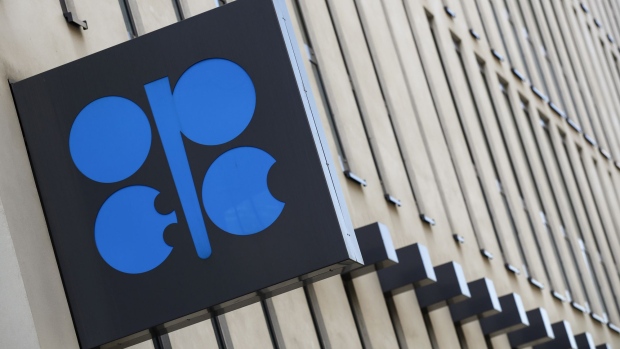 An OPEC sign hangs outside the OPEC Secretariat ahead of the the 174th Organization Of Petroleum Exporting Countries (OPEC) meeting in Vienna, Austria, on Thursday, June 21, 2018. The odds of OPEC reaching an oil-production deal increased as Iran edged away from a threat to veto any agreement that would raise output and Saudi Arabia put forward a plan that would add about 600,000 barrels a day to the global market. Photographer: Stefan Wermuth/Bloomberg , Bloomberg

(Bloomberg) -- The Group of Seven countries urged OPEC to help ease tight energy markets, just days before the cartel is due to meet.

“We call on oil and gas producing countries to act in a responsible manner and to respond to tightening international markets, noting that OPEC has a key role to play,” the communique read.

OPEC, which has an alliance with Russia known as OPEC+, has so far resisted calls to crank up its production beyond the gradual increases it has long planned.