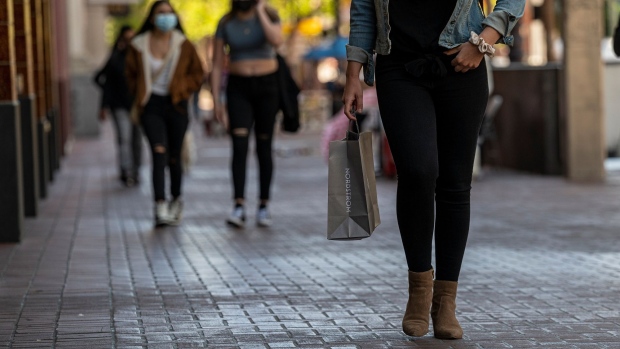 The June increase in overall sales topped all estimates in a Bloomberg survey of economists. The median projection called for a 0.3 per cent decrease in June sales, and a 0.4 per cent gain excluding autos.

The value of retail sales has risen sharply this year, supported by government stimulus, elevated savings and vaccinations. Consumers are beginning to shift more of their purchases toward services. Combined with still-solid retail demand, economists forecast household spending expanded at a robust pace in the second quarter.

Sales at motor vehicle and parts dealers fell 2 per cent in June, likely in response to limited inventory as automakers face a supply chain crunch. A global semiconductor shortage has restrained vehicle production and pushed up prices.

So-called control group sales, which are used to calculate gross domestic product and exclude food services, auto dealers, building materials stores and gasoline stations, rose 1.1 per cent in June after a sharp downward revision in May.

The reopening of the economy, especially those businesses hit hardest by the absence of social activity during the pandemic, is helping bolster sales.