GameStop Corp. is set to cash in on its 2021 surge after the company said it may sell up to US$1 billion worth of additional shares in one of the largest at-the-market equity offerings ever announced for the retail sector.

The video game retailer erased an early 14 per cent drop to close 2.4 per cent lower in New York at US$186.95. Jefferies will manage the offering of up to 3.5 million shares, according to a statement, and proceeds will be used to further accelerate its corporate transformation.

GameStop’s offering plan is 10 times larger than one it announced in December with Jefferies, according to data compiled by Bloomberg. However, the potential dilution to shareholders is about the same since the retailer was worth US$13.4 billion at Thursday’s close, roughly 10 times its value at the end of 2020.

The at-the-market program is also different than traditional secondary offerings as it enables the company to sell shares directly into the open market, allowing it to take advantage of an influx of individual investors. 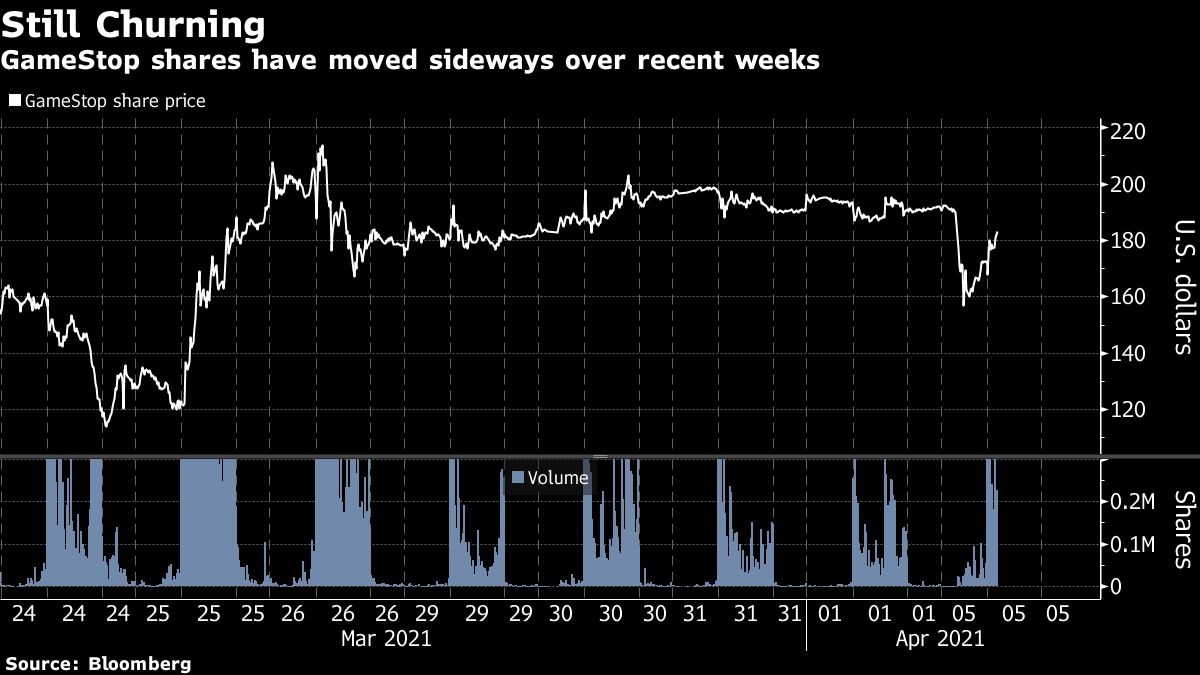 Nearly 14 million shares changed hands on Monday, that’s less than half what’s been seen on average over the past month. Traders will keep a close eye on trading volume this week as the nature of the offering means the company can complete the stock sale at their discretion.

As part of a corporate overhaul spearheaded by activist investor and board member Ryan Cohen, the company has brought in a number of new executives including a chief growth officer and chief technology officer, adding technology experience to its team to help move the company away from its brick-and-mortar business.

In a separate statement on Monday, GameStop released preliminary sales results for the first nine weeks of fiscal 2021. Total global sales increased about 11 per cent from the same period a year ago, jumping 18 per cent in March after a 5.3 per cent rise in February.

GameStop, based in the Dallas suburbs, has suffered with the video-game industry’s shift to online distribution. With gamers downloading more and more -- or at least ordering software and gear via e-commerce -- there’s less reason to make a trip to a physical store. The company reported disappointing fourth-quarter earnings last month.