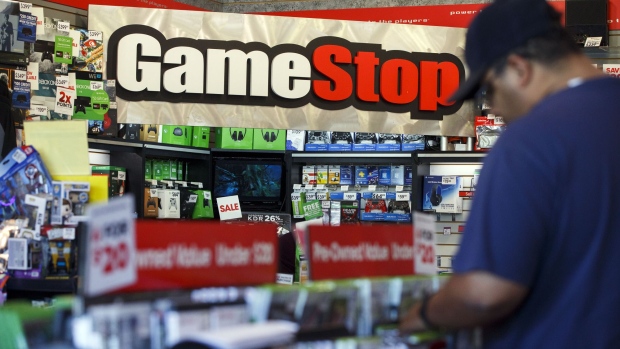 (Bloomberg) -- GameStop Corp. said on Monday it has launched a digital asset wallet that will allow gamers to store, send and receive cryptocurrencies and nonfungible tokens.

The digital wallet will be able to be used across decentralized apps, which run on a blockchain and aren’t controlled by a central authority, without players having to leave their web browsers, the company said in a statement. The GameStop wallet is a self-custodial Ethereum wallet, meaning the user controls the keys to their assets, not a third party. The wallet extension can be downloaded from Google’s Chrome web store and will allow transactions on GameStop’s NFT marketplace, which is expected to launch in the second quarter of the company’s fiscal year.

GameStop shares rose around 2.2% in early trading in New York. They are down about 36% so far this year.

Chairman Ryan Cohen has been shifting the beleaguered company’s strategy toward digital sales and away from brick-and-mortar stores. In February, GameStop said it’s teaming up with Australian startup Immutable X on a new marketplace for NFTs and is setting up a $100 million fund to promote NFT projects.