GameStop Corp. shares tumbled for a third day in four as retail traders flocked to other corners of the stock market such as small drug developers.

The video-game retailer extended losses to 33 per cent and touched this week’s low of US$62.05 at 11:32 a.m. in New York. Trading volume picked up after a slow start, with 25 million shares exchanged in the first two hours of trading, but still a below the average for the stock over the past two weeks.

Meanwhile, demand was lower for companies such as headphone maker Koss Corp. and apparel retailer Express Inc., which had also skyrocketed over recent weeks.

The volatility in GameStop’s shares have resulted in market value swings of over US$30 billion for the company this year and Wednesday’s session showed selling pressures were ramping. But the euphoria surrounding the stock, which was born in day-trader chat rooms, seems to be turning now to groups of smaller names, such as drug developers.

The gains show that Reddit is continuing to “play a major role in trading action” for single stocks, wrote Jared Holz, a Jefferies health-care equity strategist. 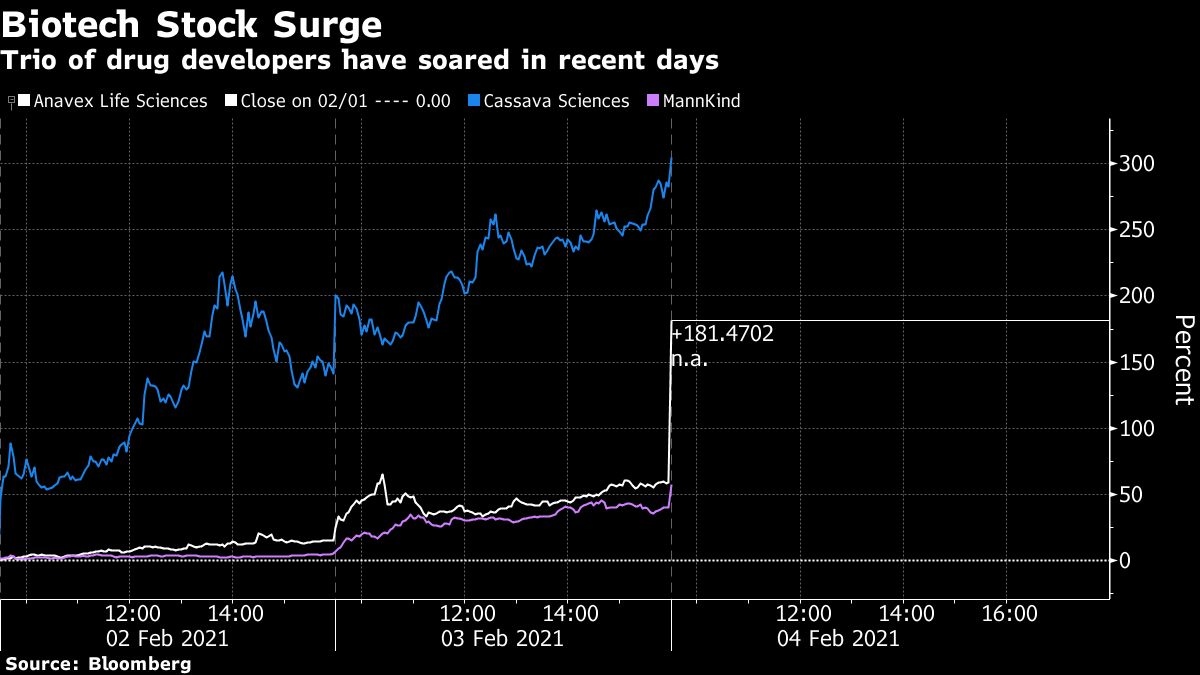 A trio of biotechs chasing after Alzheimer’s cures added more than US$1 billion into their market value on Thursday after Cassava reported results from a small study in 100 patients earlier this week.

Reddit and Twitter users extolled upon the virtues of biotechs chasing after new medicines for Alzheimer’s as well as COVID-19 and cancer, though new drugs in development face long odds on making it to the market.

Other companies favored by retail investors, including Naked Brand Group Limited and Sundial Growers Inc. erased gains. The retailer was little changed while cannabis firm Sundial reversed a rally to drop 6.6 per cent. 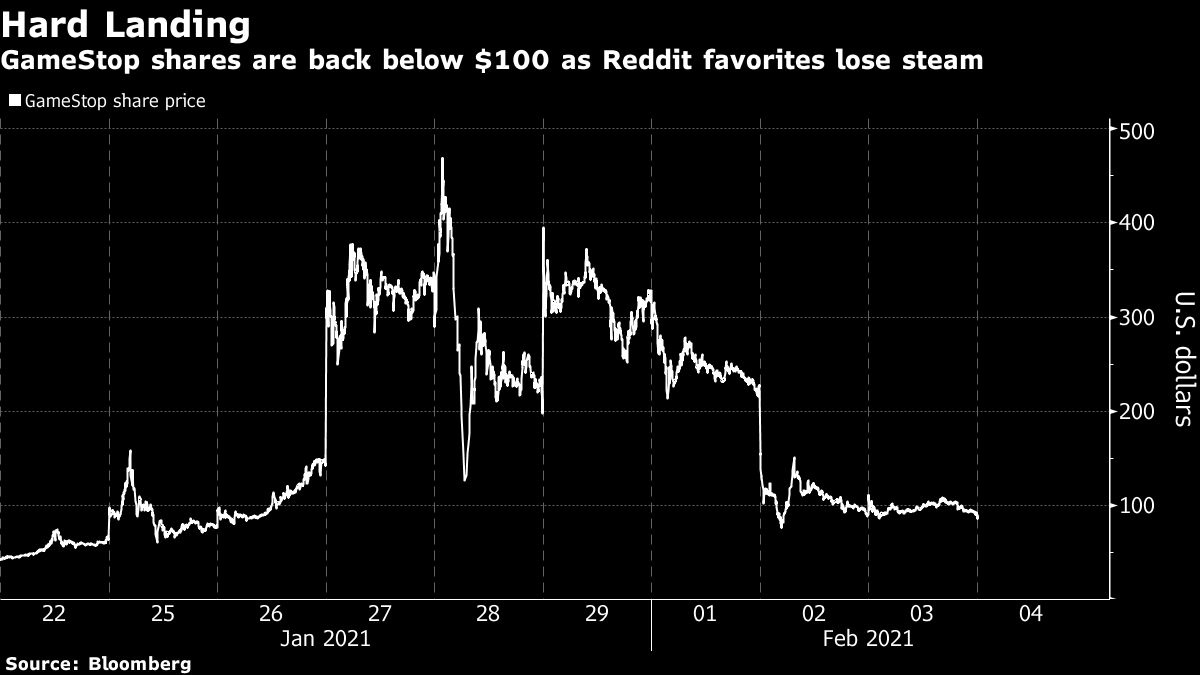 Short interest as a percentage of GameStop’s free float slipped again to 51 per cent from a peak last month above 140 per cent, according to data from S3 Partners. That plunge in short interest could signal the squeeze has played out, according Amy Kong, chief investment officer of Barrett Asset Management.

“It is also important to consider market psychology,” she said. “If one sees the stock plunge the way it did over the past two days, it may prompt investors to sell ‘before it’s too late.”’

GameStop shares are down 80 per cent this week and have lost momentum even after news of a trio of executive hires, including the appointment of a chief technology officer.

While the executive additions are “all great hires on paper” it’s hard to attribute recent share movement to anything in particular, Wedbush Securities analyst Michael Pachter said in an email. The analyst, who rates the shares at neutral, said he looks forward to hearing details about the company’s strategy.

GameStop grabbed headlines this month after a coordinated effort by retail investors to squeeze short sellers caused the stock to surge multiple times. It has lost more than 85 per cent of those gains in recent days, but despite that has still added about US$3.2 billion in value this year.