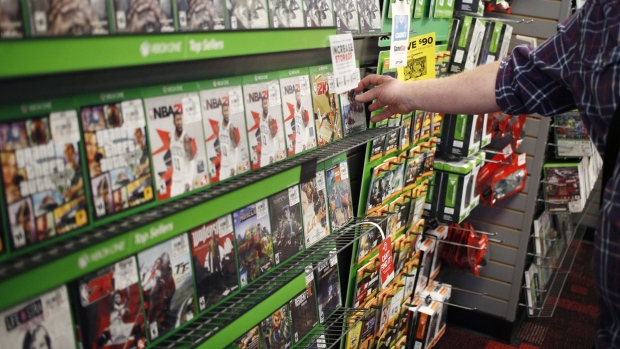 G after an investment firm managed by the co-founder of Chewy.com acquired a stake in the troubled video-game retailer.

Ryan Cohen’s RC Ventures disclosed a 5.8 million-share stake, which amounts to a 9% holding. That makes it the third-biggest investor in GameStop, behind BlackRock and Fidelity, according to data tracked by Bloomberg.

Cohen previously ran Chewy, the pet-supply company that was acquired by PetSmart in 2017 and completed an initial public offering last year.

GameStop shares climbed as much as 27 per cent to $6.82 on Monday, the biggest intraday gain since April 14. They had been down 11% this year through the end of last week.

GameStop, which operates a chain of brick-and-mortar stores, has struggled to adapt to the video-game industry’s shift to online distribution. But the company is expected to benefit from a new generation of console hardware debuting this year. Positive results from Sony Corp., which makes the PlayStation, helped raise GameStop investors’ spirits earlier this month.

The retailer, based in Grapevine, Texas, is scheduled to release its latest financial results on Sept. 9.