Should GameStop's CEO and the CEOs of other Reddit-fueled stocks speak out?

In one of the most pivotal weeks in Wall Street’s history, GameStop Corp., the vehicle for a Reddit-backed attack on short sellers that sent its stock soaring over 400 per cent, has yet to say a word about the gains.

While other companies caught up in the shorted-stock takeover have released statements asserting their general befuddlement, the video-game retailer has stayed silent. Representatives of the company have begged off commenting, and calls to the chain’s press office find the voicemail box full.

That contrasts with Nokia Oyj and BlackBerry Ltd., which also saw substantial gains after the stocks were touted on Reddit group WallStreetBets. They released comments this week saying they couldn’t account for the rally.

Before a retreat on Thursday, BlackBerry shares were up nearly 80 per cent over three days, reaching their highest level in a decade. Finnish electronics company Nokia climbed 30 per cent this week through Wednesday and resumed gains on Friday. 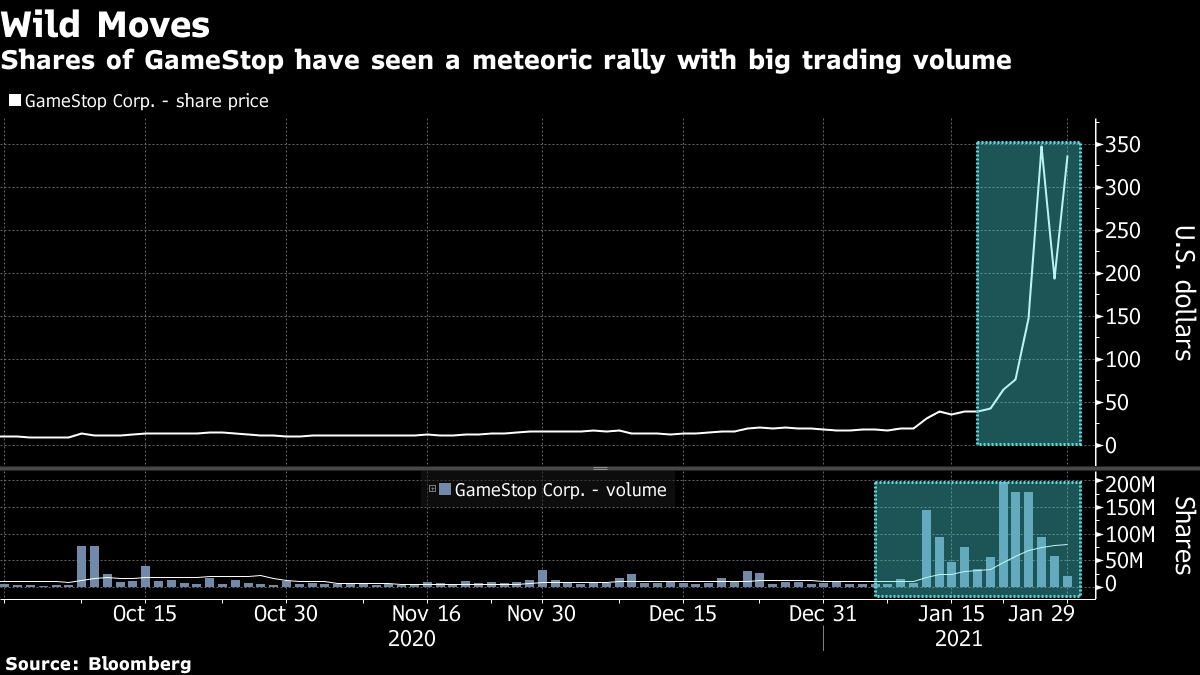 In its statement on Jan. 25, BlackBerry said it wasn’t aware of any developments or change in its business that “would account for the recent increase in the market price or trading volume.” On Jan. 27, Nokia made similar remarks, saying it didn’t know of anything that would have caused the runup.

On GameStop’s Twitter feed, meanwhile, it’s business as usual. Recent tweets have steered clear of the stock market’s historic turmoil and pitched consumers on how to best protect their gaming gear and offered tips on Magic: The Gathering.