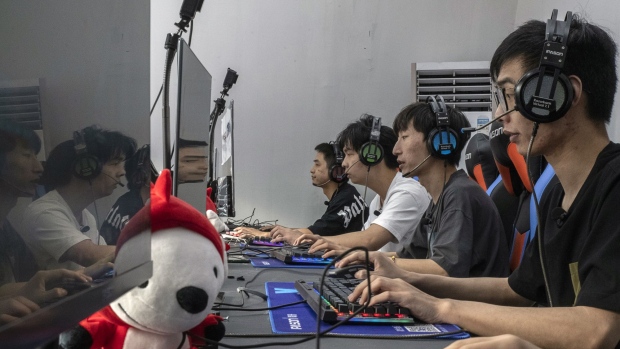 Esports companies such as 100 Thieves field teams for games like League of Legends. , Bloomberg

(Bloomberg) -- 100 Thieves, a Los Angeles-based esports company, raised $60 million from investors at a valuation of $460 million, one of the largest for a company in competitive video gaming. Green Bay Ventures led the round, which also included money from investors such as Breyer Capital and Artists Capital Management. Founded by former professional video gamer Ryan Haag, 100 Thieves operates a handful of competitive esports teams, as well as businesses related to the culture of video gaming. It sells apparel, and also works with social media influencers who play games but don’t compete in professional leagues.

The valuation of 100 Thieves tripled in the last two years, bucking the trend in esports, where many companies have struggled to live up to the hype. While the number of people playing video games has continued to grow, the valuations for teams that play them professionally have not, as the pandemic crimped revenue for all live events businesses.

Investors are still eager to plow money into video gaming more broadly, as evidenced by the performance of Roblox Corp. since it went public earlier this year. 100 Thieves has benefited from stressing the diversity of its business. The company makes about two-thirds of its revenue from gaming-related apparel and entertainment, such as podcasts. While 100 Thieves owns teams in leagues for the games League of Legends, Valorant and Call of Duty, two of its most popular gamers, CouRageJD and Valkyrae, are known for their fun videos on YouTube more than for their playing skills. They are also co-owners of the business.

Sales were expected to more than double this year, but the company declined to state specific figures. “Esports has grown very solidly, but gaming more broadly has grown astronomically,” said John Robinson, the company’s president and chief operating officer. “2021 was a record year for 100 Thieves.”

The company isn’t profitable, and 100 Thieves plans to use its new funds to continue to invest in its businesses. It has more than tripled its staff during the pandemic, beginning with about 30 people and now employing more than 100. It plans more programming for social media, in particular TikTok, and it will make acquisitions. The company bought its first company, gaming keyboard maker higround, in October.

100 Thieves has now raised more than $100 million in total and attracted many high-profile backers, including the rapper Drake, music manager Scooter Braun and Dan Gilbert, the owner of the Cleveland Cavaliers. They all sit on the company’s board.