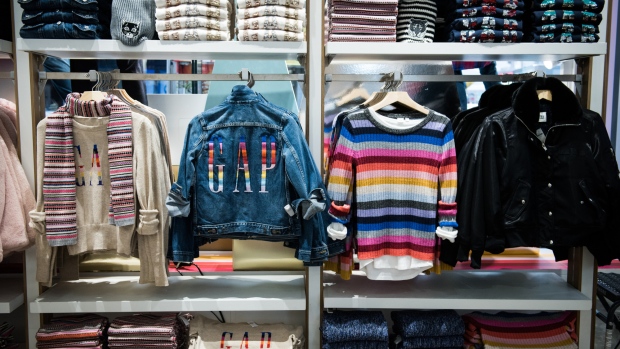 Gap Inc. jumped after the company’s interim leader pledged to fix operational issues and stick with plans to spin off its Old Navy discount chain.

The company now sees comparable sales, a key metric for retailers, declining in the mid-single digits for fiscal 2019 — worse than its previous forecast for a low-single digit decline. Gap also sees net sales falling by a few percentage points.

• Gap is seeking a reset after the departure of CEO Art Peck after his turnaround efforts failed to reignite sales growth. Robert Fisher, the son of Gap’s co-founders who is taking the reins on an interim basis, said he will “aggressively” look to fix what’s not working, while moving forward with the spinoff of Old Navy.

• Much like Macy’s Inc., Gap has cleared the table of bad news by earlier pre-announcing poor third-quarter performance across its family of apparel brands. This prompted the company to ratchet down its full-year sales forecast Thursday.

• The results show Gap is afflicted by the general malaise that’s pummeled the apparel sector and department stores this year. Kohl’s Corp. and Urban Outfitters Inc. posted disappointing results earlier this week, raising concerns about the strength of consumer confidence in the U.S.

• The shares rose 1.4 per cent in late trading Thursday. Gap stock has fallen 37% this year, one of the worst performers on the S&P 500 Index.​ 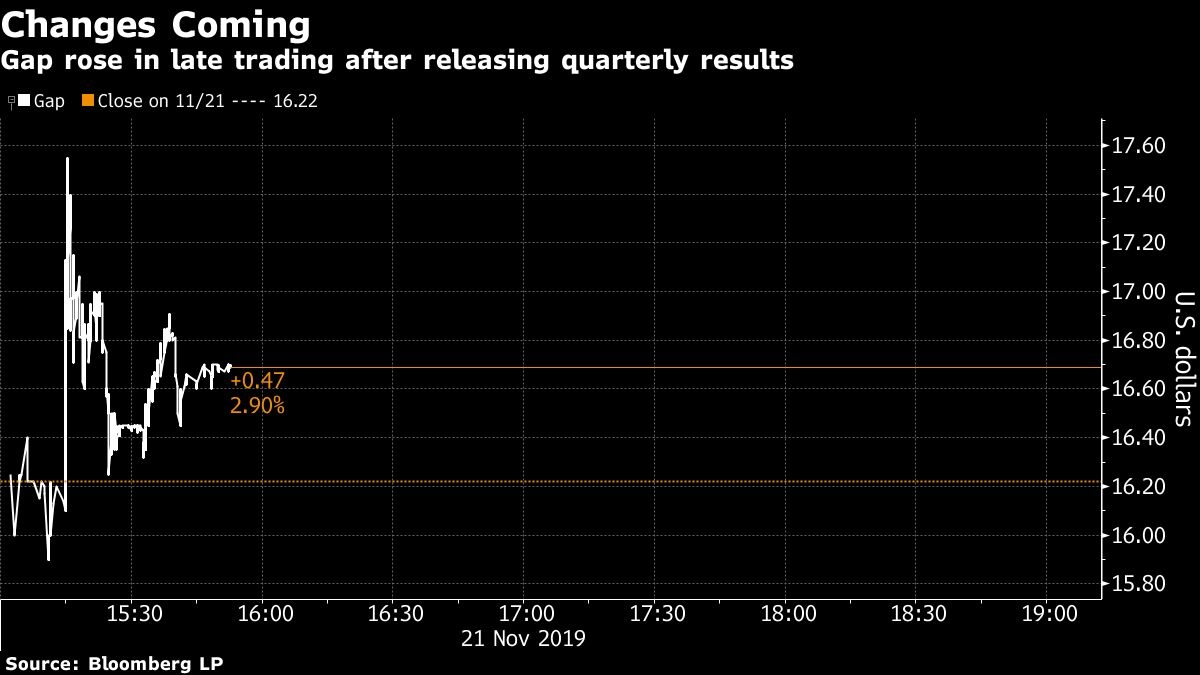