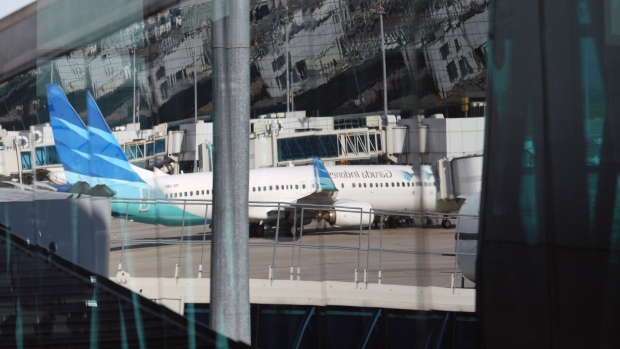 The document is dated Sept. 23. The submission comes as the airline, having completed a court-supervised debt restructuring in Indonesia to halve reduce its debt load, tries to capitalize on the rebound in international travel.

Non-U.S. companies commonly file for Chapter 15 bankruptcy to ensure they won’t be sued by creditors in the U.S. or have assets seized there.

Reviving the national airline is a top priority for the Indonesian government, because the country relies on air transport for connectivity and to support its tourism industry.

The airline could post net income of around $400 million next year and gradually increases its earnings to $647 million in 2026, according to a projection by Indonesia’s finance ministry this month.