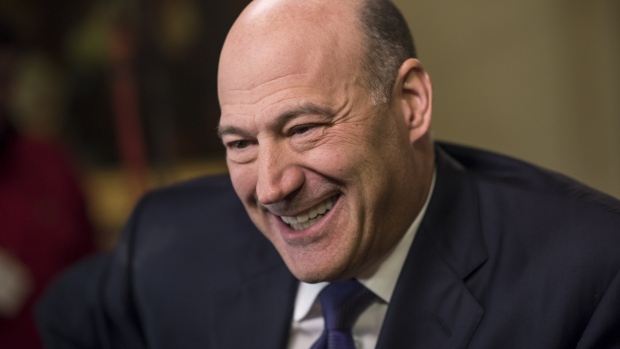 A blockchain startup backed by former White House adviser Gary Cohn raised US$23 million in its first round of financing to help it work on anti-fraud projects.

Spring Labs received funding from GreatPoint Ventures, which was an early investor in the blockbuster faux meat maker Beyond Meat Inc., among others. The Los Angeles-based firm also said it will be working with General Motors Co.’s venture capital arm -- another early backer -- to create a fraud-monitoring app for the auto-financing industry.

The company’s series A round “was substantially oversubscribed,” said Adam Jiwan, Spring Labs’s co-founder and chief executive. “We want to be thrifty. While we could have raised a lot more capital and we ended up having to cut back or even cut a number of parties out of the round, we raised as much as we felt we needed.” The company was not planning on launching an initial coin offering, he said.

Cohn, the former chief economic aide to President Donald Trump and president of Goldman Sachs Group Inc., has been a “sounding board” for regulatory matters, said Jiwan, adding that he’s also been an “excellent advocate” for the company as it develops new partnerships with other financial institutions.

“He’s been a terrific connector for us in terms of introducing us at the highest levels at other financial institutions,” said Jiwan in a phone interview, declining to name the firms he was referring to.

Cohn joined the company’s board of advisers in October. It was his most high-profile move since his resignation from the National Economic Council. Sheila Bair, former chair of the Federal Deposit Insurance Corp., and Nigel Morris, co-founder of Capital One Financial Corp., among others, also serve as advisers for the company. Spring Labs received additional backing from investors including Mike Novogratz’s Galaxy Digital and the Pritzker Group.

Spring Labs, which is working on creating other information-sharing products, announced recently that it was partnering with lenders and fintech firms to build a program that would cut out entities like credit bureaus from their role in granting loans to individuals and companies. It had close to US$15 million in seed funding, according to Crunchbase. The company declined to break down how much each firm allocated towards the US$23 million round.