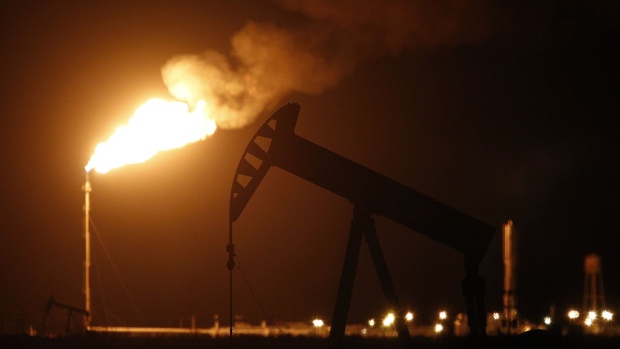 (Bloomberg) -- Hiccups in the process of burning off excess natural gas from oil wells and industrial facilities are to blame for the world’s worst methane leaks, according to a satellite tracking company.

Flaring is meant to convert gas into carbon dioxide instead of releasing methane, a more potent greenhouse gas over 20 years, directly into the atmosphere. But high winds and equipment malfunctions can extinguish the flame. Those unlit flares are the biggest source of methane emissions globally, preliminary data from GHGSat Inc. show. The largest leaks come from Asia, far exceeding the Permian Basin, the most prolific U.S. oil patch.

“Unlit flares are larger than any other source we’ve found, in any market segment,” Stephane Germain, president of the Montreal-based firm, said in an interview in New York. “It’s certainly true in energy assets, but it’s also true overall.”

GHGSat is part of a growing brigade of methane watchdogs trying to measure and track emissions of the greenhouse gas. Methane is under increasing scrutiny amid concerns about climate change, an issue that’s been a focal point of the United Nations general assembly session in Manhattan this week.

The company has taken more than 5,000 scans of methane leaks and plans to have a dozen satellites in orbit by the end of 2022. GHGSat received some initial funding by oilfield services giant Schlumberger Ltd and this week announced an agreement to monitor four Royal Dutch Shell Plc facilities.

To contact the reporter on this story: Naureen S. Malik in New York at nmalik28@bloomberg.net

To contact the editors responsible for this story: Simon Casey at scasey4@bloomberg.net, Christine Buurma, Carlos Caminada