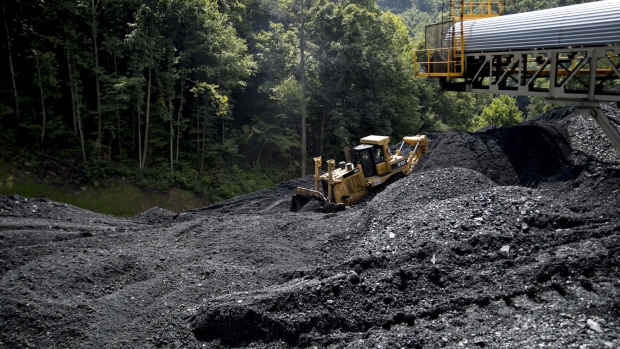 (Bloomberg) -- Allies of the oil and coal industry have seized on energy crises overseas and rising gasoline prices in the U.S. to counter President Joe Biden’s plans to combat climate change and force a rapid shift to renewable power.

They’re warning that the dilemma now facing Europe -- where energy shortages have crimped consumers and forced some manufacturers to shut plants -- is a specter of what could happen inside the U.S. under proposals to swiftly curtail the use of fossil fuels.

“It’s an indication of what’s coming here,” said Senator Kevin Cramer, a North Dakota Republican who argues a proposed $1,500-per-ton fee on methane emissions and other climate proposals in the Democrats’ social-spending bill would boost U.S. energy prices. “Why we would want to duplicate that is beyond me.”

The global fuel shortages that have disrupted markets from the U.K. to China represent more trouble for a Biden climate agenda already facing challenges. Confronted by opposition from moderate Democrats, the White House is now negotiating how to scale back a major social-spending bill that was to include a raft of climate provisions, including hundreds of billions of dollars in renewable energy tax incentives and a utility clean energy program.

Talks on that bill have stalled passage of a separate infrastructure measure seen as central to Biden’s economic agenda.

Renewable energy supporters argue the European energy woes show the importance of accelerating the transition away from fossil fuels. Europe’s reliance on natural gas -- including after the closing of nuclear plants in Germany -- has exacerbated its supply crunch.

And inside the U.S., gasoline prices have been climbing all year, with unleaded gasoline hitting a nationwide average of $3.22 per gallon on Tuesday, according to auto club AAA.

White House Press Secretary Jen Psaki said Monday the Biden administration would keep using every tool at its disposal “to ensure we can keep gas prices down for the American public.”

A spokesperson for the National Security Council said it was closely monitoring the situation. Affordable and reliable energy markets at home and abroad are a top priority, and the administration continues to speak to international partners on such “issues of significance” that affect economic and security affairs, the spokesperson said.

“The situation in Europe should serve as a huge warning to the Biden administration and members of Congress calling for punitive taxes, fees and onerous new regulatory requirements on our industry,” said Anne Bradbury, president of the American Exploration and Production Council. “Increased taxes on the industry -- such as those outlined in the methane fee in reconciliation -- will only drive up costs and hurt American jobs.”

The National Mining Association bluntly warned Wednesday that surging electricity and energy prices in Europe threaten the world’s economic rebound and could ripple across the Atlantic, as more U.S. natural gas is exported to European and Asian markets hungry for the fuel.

The group said in a blog post on its “Count on Coal” website: “This is the very crisis and scenario the U.S. must avoid at all costs.”

Regulators at the Environmental Protection Agency are also being urged to move cautiously as they put the finishing touches on proposed rules to stifle methane emissions from oil and gas wells. Some oil advocates have argued that the costs of new requirements to search and plug methane leaks at wells drilled before 2016 would make those sites uneconomic, potentially prompting companies to halt production at the sites.

Activists warned against delaying the shift to emission-free power.

“There’s no shortage of sunshine and wind -- we can harness and store that clean power to use any time, day or night,” said Shannon Heyck-Williams, senior director for climate and energy policy at the National Wildlife Federation. “Transitioning to a clean future means making conscious choices to break from the way we’ve always done things. Those that profit off of the status quo won’t like that, but they can also choose to innovate and help position the United States as a global clean energy leader.”