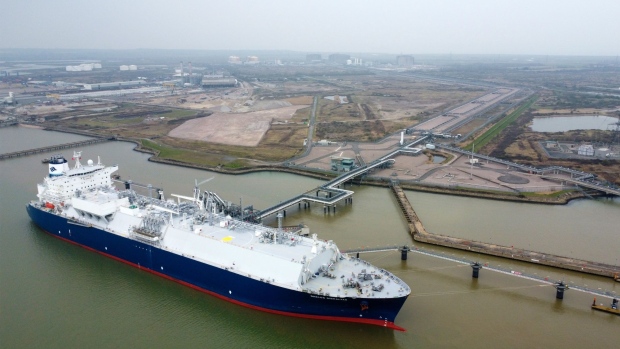 (Bloomberg) -- At least two floating liquefied natural gas terminals are heading for Europe in the next several months as the region clamors to replace supplies cut off after Russia’s invasion of Ukraine.

Golar LNG Ltd. is converting an LNG tanker into a floating terminal that’s expected to start importing gas off the west coast of Italy in the first half of next year, the company said Thursday in a presentation. The vessel was sold to Italy’s gas network operator, Snam SpA, in May. Another Golar tanker is in the process of being converted.

Excelerate Energy Inc., meanwhile, said Thursday that its floating LNG terminal will head to Finland from Argentina after August 31. The company signed a letter of intent with South Korea’s Hyundai Heavy Industries this week to build a new floating unit that’s slated for delivery in 2026.

The announcements come amid a global shortage of equipment to make LNG and import it in Europe, where countries are rushing to reduce their dependence on Russian gas. There are currently 45 ships around the world that can be used as floating LNG import units, according to figures from the International Gas Union.