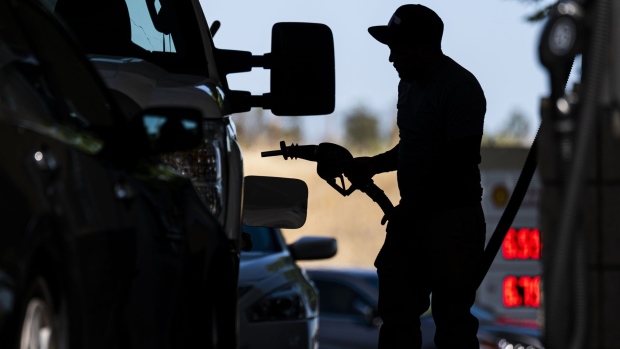 (Bloomberg) -- The world’s most closely watched energy data from the US government is sparking an unusual amount of confusion and even skepticism in some corners.

The Energy Information Administration reported the four-week average of gasoline supplied, a proxy for demand, fell last week below the same time in 2020, when the country was in the throes of the Covid-19 pandemic. The report led gasoline futures trading in New York to drop by as much as 25 cents a gallon in intraday trading. While the pressure of high prices has been very real for most American drivers and was expected to blunt consumption, the extent of the decline came as a surprise to many.

“It’s the first time that I have observed weakening gasoline demand in the face of a strong labor market,” said John Kilduff, founder and CEO of Again Capital. Strong employment and lower prices suggest the EIA demand data is anomalous, he said.

The US is the only major consumer and producer of oil that offers such detailed data on the status of its national petroleum supply and demand. The EIA reports data weekly and monthly, keeping stock of inputs and outflows from domestic inventories and offering a measure of transparency to often opaque markets. The data often influences energy markets, so its accuracy and integrity are paramount.

To be sure, there are plenty of legitimate reasons that gasoline demand may be falling: More people are working from home, historic inflation is shrinking household budgets, cars are more fuel-efficient and pump prices -- though steadily declining -- are still nearly 30% higher than a year ago, according to auto club AAA.

Yet the EIA data appears to disagree with other measures of demand that paint a rosier picture. The agency’s gasoline-supplied figure measures how much product left primary storage sites -- for example, refineries and bulk terminals. It doesn’t track how many gallons drivers bought from gas stations. In the same week that the EIA said the amount of gasoline supplied slipped below levels from that first Covid summer, another gauge of demand showed it rising. According to GasBuddy, which looks at the volume of transactions at 150,000 stations, retail gasoline demand hit 9.542 million barrels a day in the week ended July 24, the highest so far this year.

“While gasoline demand has lagged our expectations as we’ve trended into the summer, the one-week gasoline supplied from the Department of Energy report can be highly volatile week-to-week and not necessarily reflective of demand trends,” said Matt Murphy, director of energy research at Tudor Picking Holt & Co.

Also puzzling some is an apparent divergence in demand for gasoline and ethanol, which is blended into the fuel. Most on-road gasoline is blended with 10% ethanol, yet blending remains well-above 2020 levels, leaving some questioning gasoline demand moving in another direction.

“We wouldn’t have an explanation at this point,” said EIA spokesman Chris Higginbotham when asked about the potential anomaly.

Monthly EIA gasoline demand data can diverge significantly from the weekly estimate. The December monthly figure, released on the last day of February, was about 140,000 barrels a day lower than the weekly figures suggested during that timeframe.

The weekly numbers are generated from a sample survey of respondents, while the monthly numbers come from a census of survey respondents, Higginbotham said.

(Corrects second-to-last paragraph to show that the EIA revised December demand figures downward rather than upward, in story published on Aug 5.)