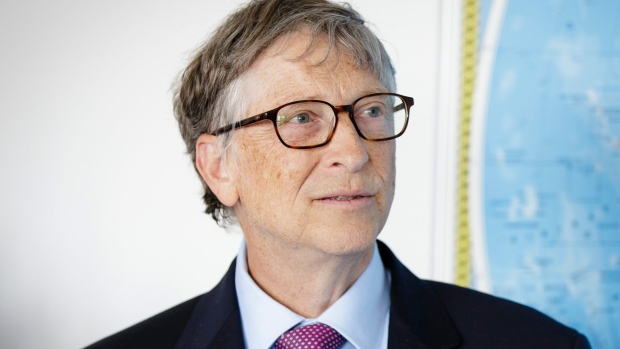 (Bloomberg) -- The biggest challenge for most climate solutions is finding a market. That means displacing existing carbon-intensive products that are often cheaper and just as good, such as fossil-fuel powered airplanes or emissions-intensive steel.

Breakthrough Energy, an organization led by Microsoft Corp. founder Bill Gates, is working with nonprofit CDP to address that problem. The goal, says CDP adviser Paula DiPerna, is to speed up innovation.

“We lost time in developing technologies like solar because there wasn’t enough money,” she says. “We can’t really squander more time.”

Early stage capital, such as venture funds, are growing in size and helping startups develop technologies to the point of being market ready, but then they get stuck. “We’re de-risking a ton of critical climate technologies, but they still end up facing a market where the fossil-fuel incumbent is so cheap,” says Jonah Goldman, managing director of Breakthrough Energy.

Breakthrough and CDP don’t have the solution yet. They want to work with experts and the public to develop a program—they’re calling it the Catalyzed Emissions Reduction Framework—to incentivize funding for scaling up technologies. One strategy may be to get big customers to commit to purchasing the product years ahead of time.

For example, think about airplane emissions. Fossil-fuel planes will persist long after cars, buses and trucks have gone electric. Currently, many businesses buy offsets, which involves paying someone to, say, grow a forest that can store away emissions for the purchaser. But forest offsets often don’t deliver on those promises, which means atmospheric CO₂ levels keep rising. An effective solution is finding affordable low-carbon alternatives.

There are already a number of companies, such as LanzaJet or World Energy, that sell sustainable aviation fuels, which have a fraction of the carbon impact relative to fossil fuels. But they’re are stuck in a chicken-or-egg situation. Unless they build large-scale plants, they can’t lower the cost of their fuels. And unless their fuels cost a lot less than they do now, not many companies will be willing to buy them.

Goldman says one possibility is to get companies to commit to buying a certain volume of the clean fuel at a future date. With that commitment in hand, LanzaJet could go to a lender and be able to raise low-interest capital to fund a large-scale plant. It creates a structure “where you’re rewarding the instinct to invest early,” he says.

To push companies to take that risk, CDP and Breakthrough Energy propose they get some kind of credit they can use to burnish their green credentials. CDP already ranks companies on their climate disclosures. Other programs, such as the Science-Based Targets initiative, rate them on their targets. In the future there may be an organization that grades companies on their alignment with clean technologies.

It’s too early to say what exactly will come of the project. But Goldman says the goal is to be as rigorous as possible. That’s why the group is planning to seek views from the public, so experts can poke holes in the idea.