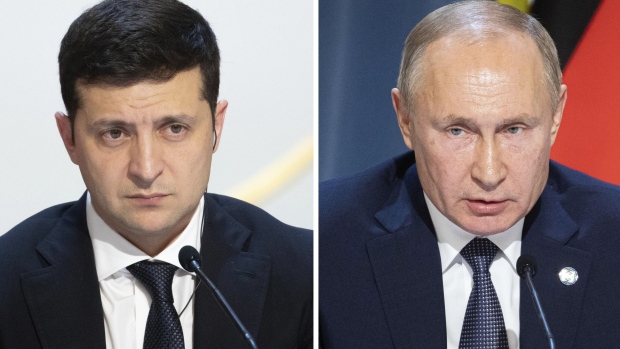 With just a day to spare, Russia and Ukraine signed all agreements necessary to continue gas flows to Europe for the next five years, averting a winter supply crisis.

“After five days of non-stop bilateral talks in Vienna, final decisions have been taken and final agreements reached,” Gazprom PJSC Chief Executive Officer Alexey Miller said in an emailed statement, adding that the package of agreements ensures that Russia ships its natural gas via Ukraine beyond Dec. 31. The current gas-transit deal between the two nations expires on Jan. 1.

Natural gas flows are a key feature in the fraught relationship between the two countries and getting a final deal done before the end of the year will appease energy traders across Europe. Supplies to the region have been cut twice during in the past 13 years at times of peak demand because of financial and political disputes between the two former Soviet allies.

“It is the end of the year but not the end of achievements,” Ukrainian President Volodymyr Zelenskiy said in a separate statement. “The Ukrainian gas transportation system will be filled and that means energy security and welfare for Ukrainians.”

Despite tense political relations, Ukraine remains the main export route for Russia’s gas to Europe. The nation will earn at least $7 billion from gas transit in the next five years, Zelenskiy said.

Gazprom is seeking to lower its reliance on Ukraine’s Soviet-era pipeline network to ship its gas and is building the Nord Stream 2 pipeline under the Baltic Sea directly to Germany. Work on that link, which had been planned to be completed this year, halted this month because of U.S. sanctions on the company laying it.

Eastern European nations have been strongly opposed to Nord Stream 2 as it could allow Gazprom to cut off their supply while continuing to supply its main markets in western Europe.

In line with a framework deal reached earlier in December with the help of European Union officials, Russia and Ukraine agreed to continue gas transit through 2024. The two nations have met all the pre-conditions outlined in that accord, including mutual legal issues, they said. 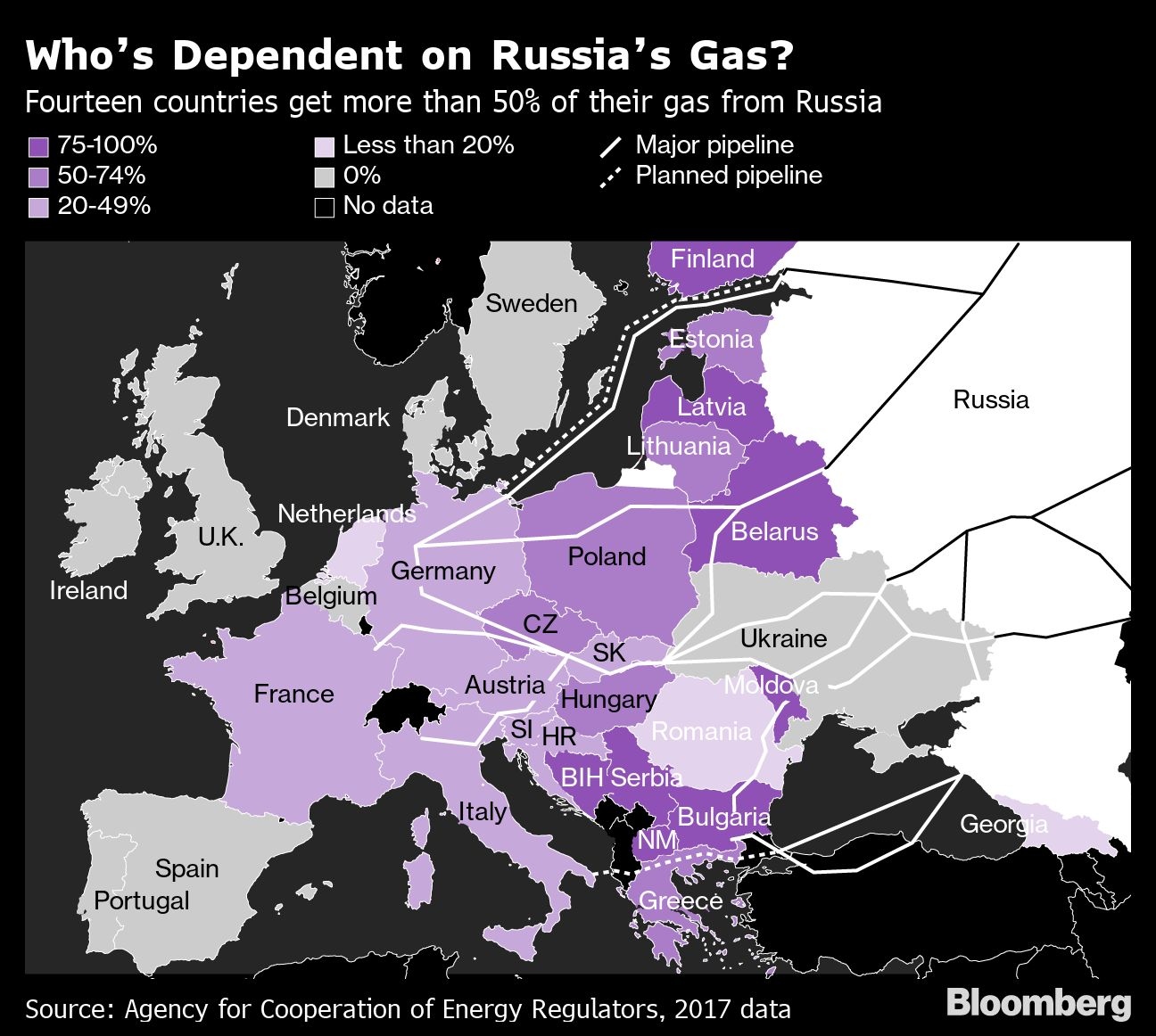 However, Naftogaz is not dropping its claims against Russia regarding its assets seized in the Crimea Peninsula annexed in 2014, the Ukrainian company said.

The first bilateral talks between Zelenskiy and Russia’s Vladimir Putin earlier this month added impetus to get the deals done. The leaders met during the so-called Normandy peace talks with France and Germany about the military conflict in eastern Ukraine. That meeting also accelerated the process of a prisoner exchange between Ukraine and two breakaway regions supported by the Kremlin.

The agreements between Russia and Ukraine support European energy security, as Russia has been the EU’s dominant, and often cheapest, energy supplier with Gazprom providing about 37 per cent of region’s fuel last year.

The Russian gas producer has paid Ukraine’s gas company Naftogaz US$2.9 billion, as awarded by a Stockholm arbitration court in 2018. In return, Naftogaz withdrew its US$12.2 billion legal claim relating to transit. At the same time, the Ukrainian government approved an “amicable agreement” with Gazprom on canceling an antitrust claim that has reached about US$7.2 billion.

Both companies have agreed not to start any new gas lawsuits against each other related to the current contract and to cancel all their current legal claims not subject to court rulings.

Gazprom also signed an interconnection agreement with Ukraine’s new gas-transportation system operator and an accord with Naftogaz, which will organize the transit of the fuel through Ukraine. Gazprom will pay Naftogaz for provided services. At the same time, Naftogaz reached a separate transit agreement with the nation’s gas-pipeline operator to book the necessary capacities. The national regulator will decide on the tariff.

It was Gazprom who insisted on the presence of Naftogaz in the transit chain.

“The fact is that Gazprom isn’t ready to work under a standard contract and take on all of the risks of Ukrainian legislation and regulation, especially the risks of changes in the regulatory framework that can happen any day,” Yuriy Vitrenko, executive director at Naftogaz, said on Dec. 21. “Naftogaz is more adapted to such risks as it’s a national company owned by the Ukrainian government.”

Ukraine will reserve a pipeline capacity of 65 billion cubic meters for Russian gas next year and 40 billion cubic meters a year in 2021-2024, according to the protocol. These are the minimum volumes, while the actual transit can be higher, Russia’s Energy Minister Alexander Novak said in an interview with RBC. There is also a “pump or pay” clause that ensures Ukrainian income, Naftogaz Chief Commercial Officer Yuriy Vitrenko said.

The companies also agreed to consider transit through 2034. An extension may be on the same terms as the five-year deal, according to Ukraine’s Energy Ministry.

The package of the gas agreements does not include a deal on direct Russian gas supplies to Ukraine.

“Naftogaz noted Gazprom’s interest in resuming gas supply to Ukraine” based on prices at the NetConnect Germany gas hub, the Ukrainian company said, confirming an earlier statement from the Russian producer.