We could see an 88-90 cents loonie in the next 12 months: Strategist

Canada’s economy had a stronger trajectory than initially estimated over the past three years, according to annual revisions by the country’s statistics agency.

Statistics Canada revised higher its growth estimates for 2018 and said last year’s contraction wasn’t quite as deep as earlier projections. The revisions leave the level of gross domestic product about 0.4 per cent higher in 2020 than the agency had said previously.

The figures suggest Canada’s economy entered into last year’s recession on a stronger footing than first thought. Still, it doesn’t necessarily imply tighter capacity conditions, so it’s unlikely to affect the Bank of Canada’s thinking on potential interest rate increases next year. While the higher level of GDP will be welcome, it was driven by stronger business investment, which implies a higher level of potential output. 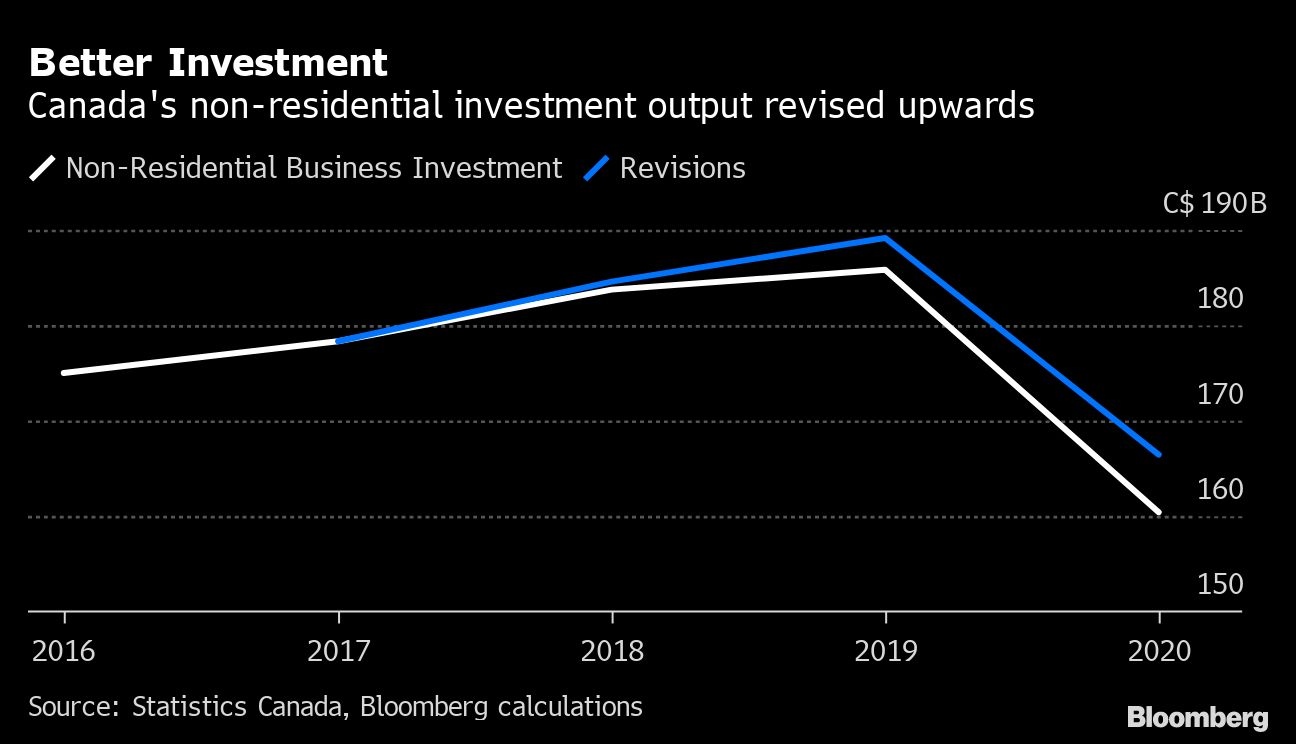 The level of non-residential business investment was 3.7 per cent higher in 2020 than earlier estimates, according to Bloomberg calculations, with machinery and equipment spending 5.1 per cent larger.

The statistics agency said the economy grew 2.8 per cent in 2018, versus previous estimates of 2.4 per cent. It left growth in 2019 unchanged at 1.9 per cent, while scaling back its estimate of last year’s contraction to 5.2 per cent, versus 5.3 per cent.