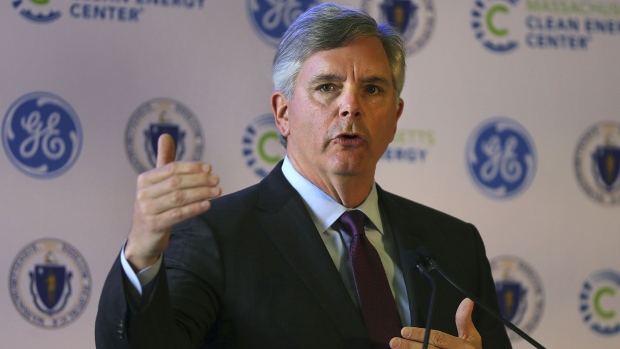 Almost 58% of shares voting went against the pay deal at GE’s annual meeting Tuesday. Investors weighed in less than a month after shareholder-advisory firm Glass Lewis said it was “uncomfortable” with the plan, saying it maintained Culp’s maximum potential payout “in exchange for reduced shareholder value creation.”

The vote underscored growing unease over GE’s decision in August to essentially halve the share-price targets needed for Culp to qualify for equity-based compensation valued at as much as $232 million by the end of his tenure. The revisions were made as part of a two-year contract extension to keep him at the helm through 2024.

GE’s board said it was confident that the continued leadership of Culp and his executive team were in the long-term interests of investors as the CEO forges ahead with a turnaround effort.

“We value the views of our shareholders, and we will gather additional feedback from them as we take into consideration the outcome of the vote and evaluate our executive compensation program moving forward,” a board spokesperson said in a statement.