Free cash flow for industrial operations will be US$3.5 billion to US$5 billion this year, GE projected Tuesday as it reported second-quarter earnings. The Boston-based company previously forecast US$2.5 billion to US$4 billion.

The outlook signaled the beginning of a recovery from the severe decline in GE’s jet-engine unit caused by the COVID-19 pandemic. Sales in the aviation operation -- traditionally the company’s crown jewel --  climbed 10 per cent to US$4.84 billion while orders jumped 47 per cent amid what Culp called early signs of a rebound. In addition, orders, revenue and profit margins improved at each of GE’s other industrial businesses as well.

“All in all we would wish for more tailwind, or maybe I should say less headwind in aviation, but that seems to be gradually clearing,” Culp said in an interview. “In terms of the other businesses, we have few complaints this morning.”

Results were aided by the comparison with the year-earlier quarter, when GE experienced its worst effects from the pandemic. The impact has extended the timeline for Culp’s multiyear push to turn around the maker of jet engines, medical scanners and power-generation equipment.

During nearly three years as CEO, Culp has cut debt, sold assets and pushed to improve the company’s daily operations to reverse the epic collapse that had led to his appointment. The company surprised Wall Street with better-than-expected cash flow in the second half of last year. 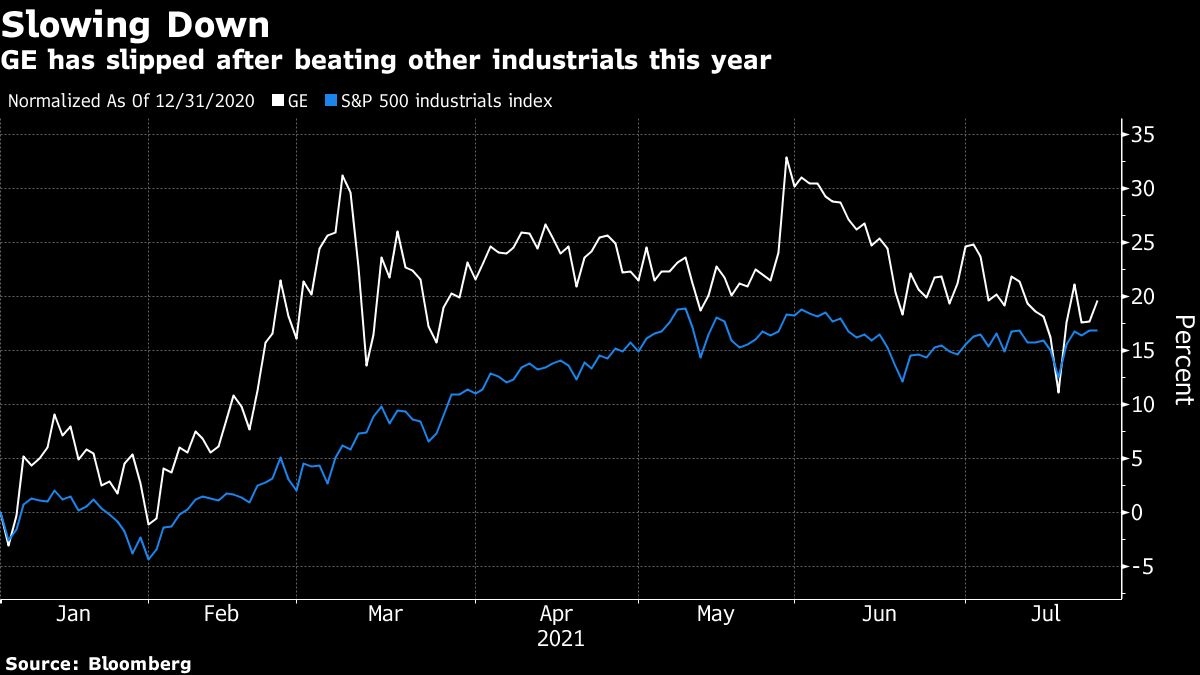 Central to that goal will be the commercial aerospace business -- principally, making and servicing jet engines -- which the company has said would start to see a gradual recovery during this year’s second half as travelers return to the skies.

While that plays out, GE’s other industrial units showed signs of improvement amid the economic recovery. The industrial businesses defied analyst expectations by generating US$388 million in free cash flow in the second quarter.

The metric is closely watched by investors as a signal of underlying profit. The latest results exclude a negative impact stemming from GE’s decision to reduce its sales of receivables to a partner to raise short-term funds, a practice known as factoring.

Second-quarter adjusted earnings were 5 cents a share, compared with a 15-cent loss a year earlier. Analysts expected 4 cents for the latest period. Sales rose 8.8 per cent to US$18.3 billion, while Wall Street anticipated US$18.1 billion.