Renewable power developers added a record 96.3 gigawatts of wind turbines in 2020, up 58 per cent from the year before, according to research from BloombergNEF. With solar, wind is becoming one of the cheapest ways to produce electricity and a key part of governments’ efforts to eliminate dependence on fossil fuels.

GE and Xinjiang Goldwind Science & Technology Co. Ltd. lead the way in the booming U.S. and China markets and were the top two suppliers of turbines globally. The result means Vestas Wind Systems A/S is bumped from the top spot for the first time in five years. 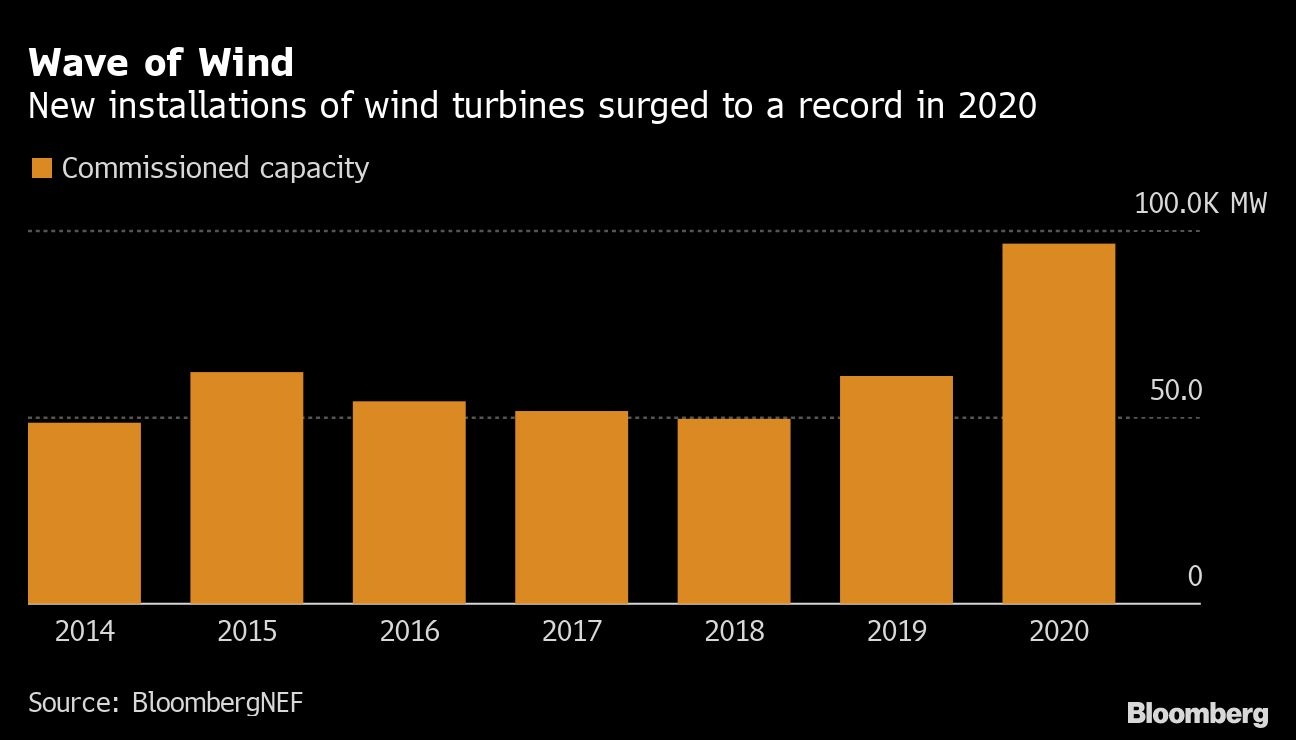 “GE and Goldwind claimed the top two spots in this year’s ranking by concentrating on the largest markets,” said Isabelle Edwards, a wind analyst at BNEF. “This strategy may not be as fruitful in 2021 as subsidies lapse in those areas.”

The turbine business is becoming increasingly dominated by a handful of global players, the BNEF report found. GE, Goldwind, Vestas and Envision account for more than half of all the wind machines sold.

Installations of offshore wind turbines though, fell by 19 per cent. The industry is much smaller than for those on land and the projects are generally bigger. That means installations can vary greatly from year to year.