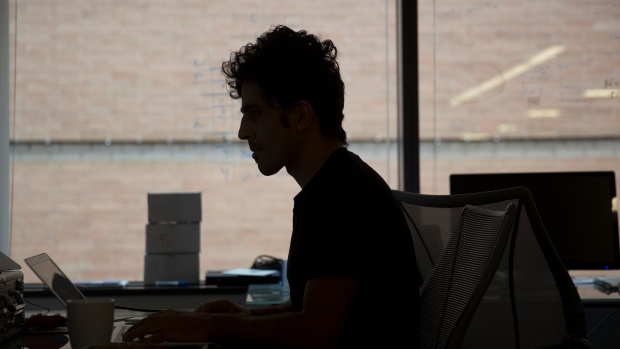 A millennial working as a social engineer. , Andrew Harrer/Bloomberg

For those imagining the commonplace 2020 day-trader as a young adult equipped with a smartphone and some cash, those suspicions may be right. A study shows the under-34 crowd has increased its trading during the pandemic at a rate far higher than that of the broader population.

More than half of Gen Z and Millennial investors said they’ve been trading more often since the COVID-19 pandemic began, compared with just a 30 per cent increase for the general population, according to a quarterly survey conducted in early July and released by E*Trade Financial Corp. on Wednesday. At the same time, 46 per cent of younger investors said they’ve traded derivatives more frequently, double the average rate.

“Access to the market has never been easier,” said Chris Larkin, managing director of trading and investment product at E*Trade. The study sampled 873 self-directed investors who have at least US$10,000 in an online brokerage account.

Retail investors have grown into an undeniable force this year, driven to stock-trading by zero fees and boredom with little else to do during the pandemic. Individual investors now account for 20 per cent of equity trading, according to an analysis by Bloomberg Intelligence’s Larry Tabb, making them the second-largest group of investors in the market.

The influence these small fry have on security prices is debatable, but Wall Street has been captivated by the outlandish nature of some of their most prominent and daring trades -- from airlines and cruiselines hit hard by COVID-19 to bankruptcy stocks including Hertz Global Holdings Inc.

According to the E*Trade survey, 51 per cent of Gen Z and Millennial respondents said their risk tolerance has increased since the coronavirus outbreak -- compared to 28 per cent for the total population. The younger generations have also been deploying cash into new trades at a rate that’s almost twice as high as the broader investing base.