About 1 in 3 Canadians stressed financially, regardless of salary: Report

A generation of Americans who were entering adolescence when the financial crisis struck is showing little fear of debt.

Members of Generation Z are more likely to run up their credit cards than the millennials who came before them, new research shows, buoying the financial industry’s hope that today’s teens and emerging 20-somethings will fuel higher profits in coming years.

About 41 per cent of eligible Gen Zers, defined as those born in the mid-1990s or later, had a credit card last year, compared to 34 per cent of millennials reaching the same age in 2012, according to TransUnion. The average 24-year-old last year, for example, owed about US$2,000 on their card, about a third more than millennials at that age in 2012. 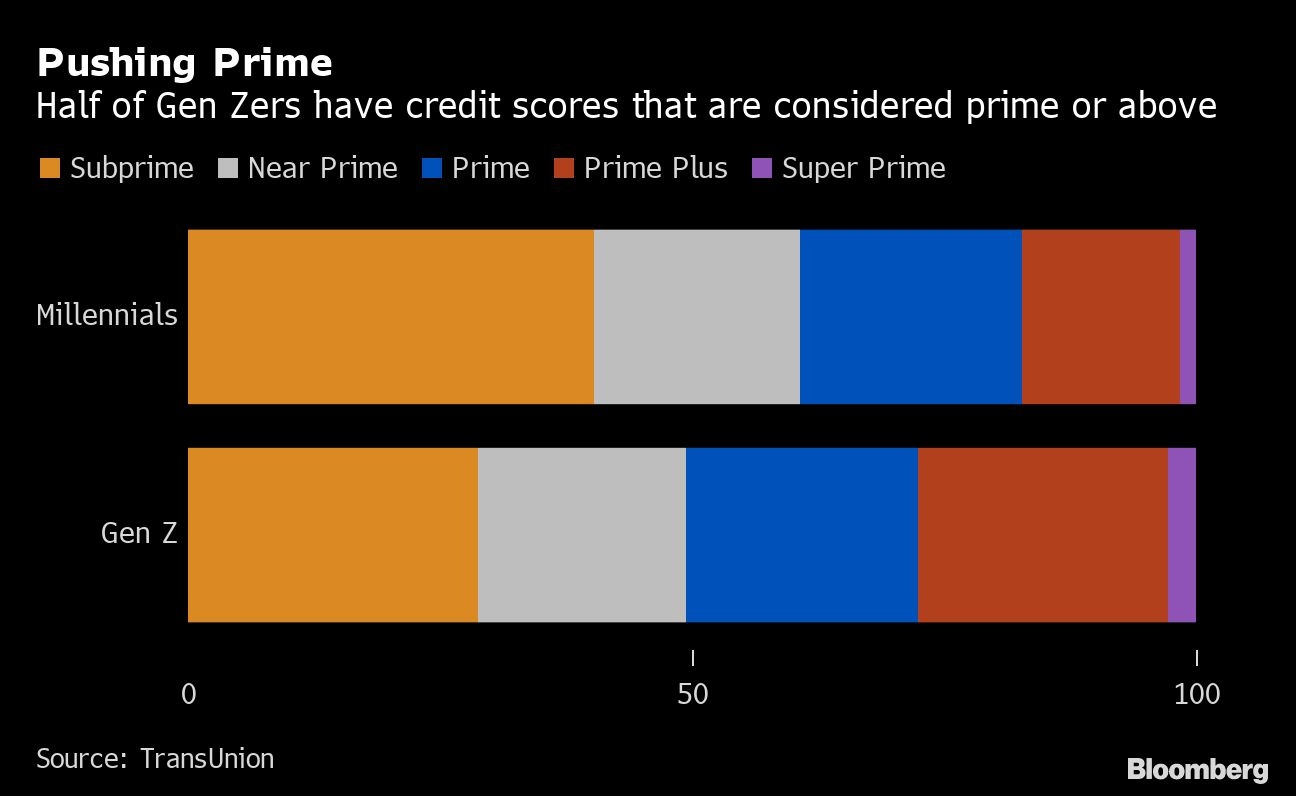 The figures add to a growing body of evidence that lenders need not worry about young people who eschew borrowing — despite a propensity for buying secondhand clothes after coming of age in the Great Recession. Banks are hoping to sustain record levels of profit amid a borrowing binge by U.S. households.

“Our belief is that the desire for credit among this generation is significant across the board,” said Jason Laky, head of financial services at TransUnion, one of the three big credit bureaus that tracks how households handle debt. “And improving economic conditions will likely serve as a springboard for more credit.”

Part of the reason for the industry’s eagerness to lend to consumers between 18 and 24 could be the fact that more of them have a credit score considered prime or above. While 50 per cent of Gen Zers have a score of at least 661, only 39 per cent of millennials did when they were in that age range, TransUnion found. After all, many millennials were entering the workforce with hefty student loans as the crisis struck.

Still, Gen Z’s openness to debt could impact its accumulation of wealth, leaving many worse off than previous generations. Millennials know this well. Last year, they had 2.9 per cent of the nation’s household wealth, Federal Reserve data show. Some 16 years earlier, similarly aged Americans — those roughly between the ages of 23 and 38 — had nearly double that share.