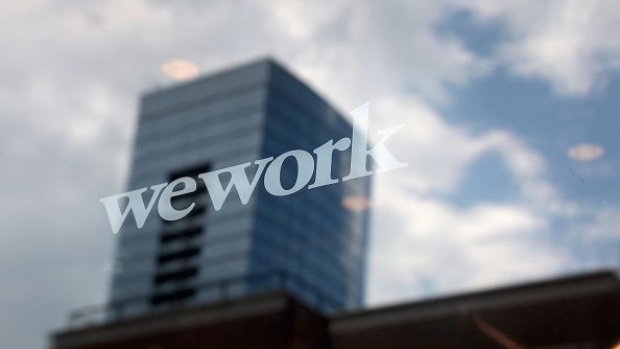 (Bloomberg Opinion) -- Exactly zero people should be surprised by the recent filing of a pregnancy-discrimination lawsuit against WeWork. Bad management and gender bias tend to go together like poison ivy and a rash.

Medina Bardhi, former chief of staff to Adam Neumann, the We Company’s former chief executive, filed a complaint with the Equal Employment Opportunity Commission alleging that We demoted her twice — once after each of her pregnancies. A spokesperson for We has said the company doesn’t tolerate discrimination of any kind.

As Bardhi tells it in her complaint, before becoming pregnant, she had been one of only five employees to receive an award for outstanding performance. But after her first pregnancy, Bardhi was told that instead of reporting directly to Neumann, she’d have a new boss — who, coincidentally, would have her old title. Moreover, her new (male) boss would be offered $400,000 with a signing bonus of $175,000; she’d been paid $150,000.

Her complaint documents not only how Neumann and other executives began treating her with disdain after she announced her pregnancies — referring to her parental leave as a “retirement,” a “vacation” and a “problem” — but also how they retaliated against her and other female employees when they pointed out company management problems. The overall impression isn’t of a particularly sexist company, but a sort of normal-level-sexist company with incompetent management.

For instance, Bardhi claims she tried for months after returning from her second parental leave to get clarity on her new role by seeking meetings with her bosses and other leaders at the firm. From her return to work in early March through June of this year, these conversations went nowhere. On June 5, Neumann referred to her has having “come out of retirement this week,” even though she’d returned two months earlier. Finally, in late June or early July, she complained to Chris Hill, the head of product and Neumann’s brother-in-law. “Well, at least you’re still getting a paycheck,” she says he replied.

Executives didn’t seem bothered by an employee pulling a six-figure salary while having no idea what she was supposed to be doing: “Despite a lack of clarity about her role and responsibilities,” her complaint reads, “In August 2019 Ms. Bardhi received positive marks across all categories” in her performance assessment. Neumann then allegedly asked for Bardhi’s help with We’s IPO, telling a colleague he needed “a woman’s touch” and bringing her out to his house in the Hamptons for a meeting — where Bardhi reminded Neumann she’d been ready since March to step up. A few weeks later, she was fired.

Similarly, in a separate lawsuit, Lisa Bridges, a former senior vice president at the company, alleges gender discrimination, retaliation and a “glaring” gender pay gap, which Chief Legal Officer Jennifer Berrent allegedly said was justified because “men take risks and women don’t.” I’m not sure insufficient risk-taking has been We’s problem, but nonetheless, shortly after Bridges raised these concerns, she was put on leave and subsequently fired. A third executive, Ruby Anaya, has alleged she was sexually assaulted on two different occasions at company events and fired after reporting these assaults to human resources. We has denied Anaya’s claims of assault and said she was terminated because of poor performance.

The overall picture these lawsuits conjure shows not only frat-house antics on company time but also managerial nincompoopery. Employees run around like headless chickens, while bosses bury their heads in the sand. It’s birdbrained.

There are no telltale signs of a well-managed company: employees with clear roles and goals, teams aligned around agreed-upon targets, managers who regularly meet with employees. Sure, good management is rarer than it should be, but it exists and it’s not rocket science. It also has an impact on the bottom line: Harvard Business School Professor Raffaella Sadun and her colleagues have studied more than 12,000 companies and found that organizations that do the basic, boring work of managing — documenting processes, setting clear goals, retaining employees, tracking key performance indicators — score significantly higher on productivity, profitability and growth, and stick around longer. In related work, the researchers have estimated that dull-but-important management practices could account for about a quarter of productivity gaps between countries.

Startup founders like to say that they’re moving too fast for this “bureaucratic” stuff, that it would slow their growth. In fact, the opposite is true: Startups that adopt formal management structures are the ones that end up scaling successfully. The ones that don’t collapse under the weight of their own chaos.

Because you know what’s really time-consuming? Incompetence. A team of people who don’t know what they’re supposed to be doing led by managers who can’t remember who’s in the office isn’t headed toward success. Rather than “move fast and break things,” how about moving methodically and not making so many dumb mistakes?

To contact the author of this story: Sarah Green Carmichael at sgreencarmic@bloomberg.net