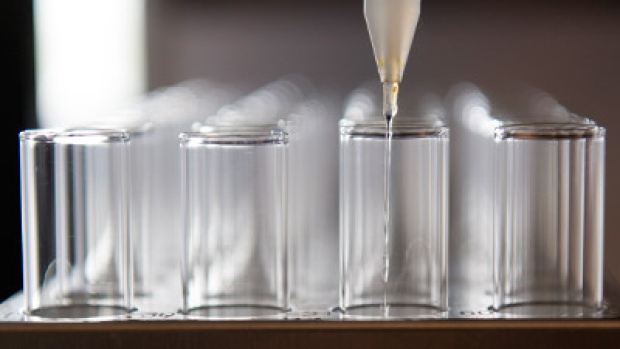 (Bloomberg) -- New therapies that may cure diseases caused by defective genes will get a faster path to approval by U.S. regulators, part of an effort by the Food and Drug Administration to keep pace with one of biotechnology’s fastest-growing fields.

Unlike traditional drugs, gene therapies are intended to be given once, transform the inner workings of the body and last for a lifetime. For regulators, the challenge is to find ways to get the new therapies to desperate patients while balancing the need to monitor their long-term safety for years after approval, FDA Commissioner Scott Gottlieb said Tuesday.

“For some of these products, there’s going to be some uncertainty, even at the time of approval,” Gottlieb said in a speech at the Alliance for Regenerative Medicine’s annual board meeting. “But these products are initially being aimed at devastating diseases, many of which are fatal and lack available therapy. In these settings, we’ve traditionally been willing to accept more uncertainty to facilitate timely access to promising therapies.”

The agency plans to focus first on hemophilia, an inherited condition where the body is unable to form blood clots because it doesn’t produce a key protein known as a clotting factor. Even small bumps and scrapes can cause uncontrolled bleeding in the 20,000 Americans with the disorder. The joints often take the brunt of the disease as bleeding deep in the body causes unseen and potentially fatal damage.

Drugs to treat the condition are typically approved based on their ability to reduce the number of bleeding episodes a patient endures each year, and a reduction in the number of infusions of replacement clotting factor they need to control it. Gene therapies in development from companies including Spark Therapeutics Inc. and Pfizer Inc., uniQure NV and BioMarin Pharmaceutical Inc. use a virus to deliver a functioning version of the gene responsible for producing the critical clotting factor.

Under the new FDA system, the agency could approve the products based on whether and how much clotting factor a patient was producing after treatment, instead of the number of bleeds, Gottlieb said. It’s a faster path, though lacks the ironclad proof that the therapy has achieved its ultimate goal.

“In these settings, the demonstration of a reduction in bleeding rates could be confirmed post-approval,” he said.

There’s a long precedent for using a biological or chemical measure of a drug’s effectiveness, instead of whether it actually treated or cured the underlying condition -- a goal known as a surrogate endpoint. For example, drugs approved based on their ability to lower cholesterol levels have repeatedly been proven to slash heart attacks, strokes and death.

The theory doesn’t always hold up, however. Under a similar theory, Pfizer, Merck & Co., Eli Lilly & Co. and other drugmakers worked to develop drugs that increased levels of good cholesterol, thought to ferry bad cholesterol out of the body. After years of testing, no real health benefit emerged and development of the drugs was scrapped.

Gene therapies will create another challenge. Unlike pills or injections that can be taken repeatedly, they are intended to be given just once, and are widely expected to carry high prices. Their effect may wane over time, however, something short-term studies may not be able to predict.

Among the biggest challenges for gene therapies are making the medicines and ensuring their quality, Gottlieb said. Some of the experimental treatments cost up to $250,000 or more to make for one patient in a clinical trial, he said.

“The pace of progress in gene therapy has been somewhat breathtaking,” he said, with more than 500 experimental drugs now in development. “The promise is becoming very much a reality.”

--With assistance from Anna Edney.

To contact the editors responsible for this story: Drew Armstrong at darmstrong17@bloomberg.net, Timothy Annett