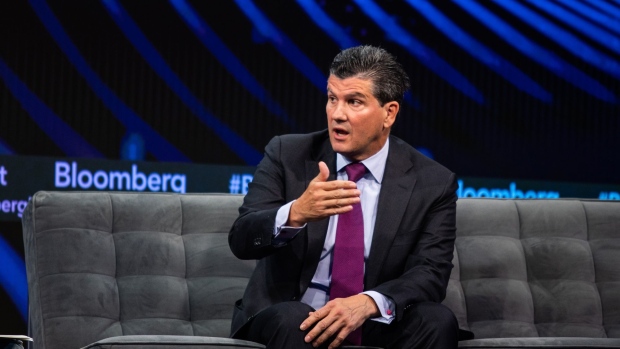 (Bloomberg) -- General Atlantic, an investment firm with $79 billion in assets under management, is exploring an initial public offering, people with knowledge of the matter said.

The New York-based company is working with advisers on a plan to go public, said the people, who requested anonymity because the matter is private. Volatile equity markets may delay a listing, and one may not occur until next year, some of the people said.

The firm, led by chairman and Chief Executive Officer Bill Ford as well as co-Presidents Anton Levy, Martin Escobari and Gabriel Caillaux, has offices across the globe including in Shanghai, London, Mexico City and Singapore. Founded by Chuck Feeney in 1980, General Atlantic has made bets on tech giants including Alibaba Group Holding Ltd., Slack Technologies Inc., Airbnb Inc., Chime and ByteDance, the parent company of TikTok.

A slew of alternative asset managers have pursued IPOs in the past 12 months, including TPG Inc., Antin Infrastructure Partners SA and Bridge Investment Group Holdings Inc., though shares in all three companies have fallen since their debuts amid a broader correction in equity markets. Concern about rising odds of a recession has pressured alternative asset managers -- a group that includes Blackstone Inc. and Apollo Global Management Inc. -- lowering them to roughly 11 times consensus 2023 distributable earnings from 15 times about three months ago, JMP Securities analyst Brian McKenna wrote in a note to clients last month.