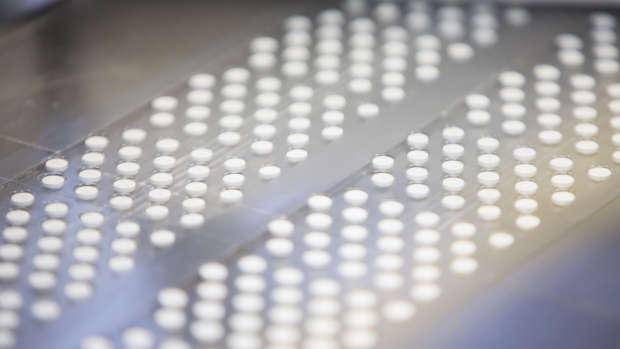 The investment values California-based BrightInsight at about $750 million, according to a person close to the company who asked not to be identified discussing private information. The latest round brings the company’s total equity funding to $166 million.

BrightInsight operates a digital platform on which other health-care companies can create apps for patients and doctors, often to be paired with medications or devices. The company recently announced the launch of a disease management platform with British drugmaker AstraZeneca Plc.

“As a clinician, you can actually have a patient download and use an app that brings in important data about how their disease is progressing or their symptoms, and be able to capture important clinical data about the patient in between visits,” said Kal Patel, chief executive officer and co-founder of BrightInsight.

The investment is part of a rush of money into digital health ventures. Globally, funding for the sector increased by 45% in 2020 to $26.5 billion, according to researcher CB Insights.

Health-care companies are competing to control the digital front doors through which patients will access medical services and share their data. Hospital systems, health plans, and drug and device makers are all in the business of creating patient-facing apps, as are newer entrants that focus exclusively on digital therapies.

Patient data in the U.S. is notoriously fragmented. Patel says BrightInsight provides the infrastructure that could pave the way for smoother integration, akin to the way Stripe provides the underlying connections for payment systems.

“By being that common infrastructure, we fundamentally believe in the longer term we will enable folks to be able to have that integrated experience, because you’re not ending up in data silos,” he said.

Patel and his co-founders launched the company in 2018 after working together at Amgen building digital tools and realizing how difficult they were for medical companies to create. “At that point we were kind of forced into this built-from-scratch approach, because something like BrightInsight didn’t exist,” he said.

Patel said revenue nearly tripled between 2019 and 2020, as did the size of the team, now almost 200 people. The new investment will go toward continued growth.

General Catalyst Managing Director Hemant Taneja led the investment and will advise the company. Taneja previously invested in diabetes care company Livongo, which went public in 2019 before it was acquired by Teledoc Health Inc. for about $13 billion last year.

Livongo developed a system of connected devices and software to help people with diabetes manage the chronic condition with “closed loop systems” that link devices, software, and medical care, Taneja said. The success of Livongo and others like it points to the need for services like BrightInsight’s, he said.

“That is making the entire industry rethink traditional business models,” Taneja said. Rather than selling drugs or devices, companies must think about how they “sell consumer experiences,” he said.