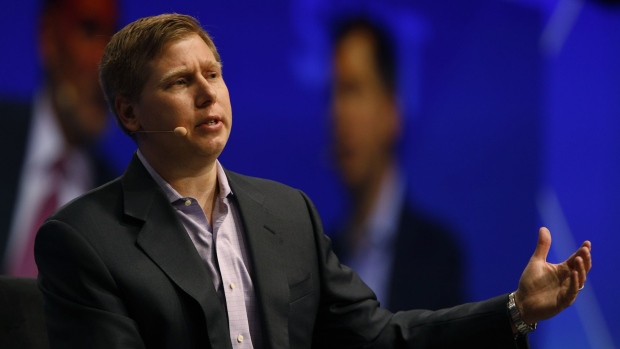 (Bloomberg) -- The troubled brokerage Genesis Global has $2.8 billion in outstanding loans on its balance sheet, with about 30% of its lending made to related parties including its parent company, Barry Silbert’s Digital Currency Group, according to people familiar with the matter.

Among them, a lending subsidiary named Genesis Global Capital had been lending money to Genesis Global Trading -- the brokerage unit that has become a key counterparty to institutions across the crypto industry. In a letter to shareholders on Tuesday, Silbert said that intercompany loans were made “in the ordinary course of business.”

Silbert noted that DCG has a liability of $575 million to Genesis. In the letter, he also described a $1.1 billion promissory note, due June 2032, which he said came about as the parent company stepped in to assume liabilities from Genesis related to the implosion of digital-assets hedge fund Three Arrows Capital.

Besides the intercompany loans due in May of 2023 and the promissory note, DCG’s only debt is a $350 million credit facility “from a small group of lenders led by Eldridge,” the shareholder letter said.

“Let me be crystal clear: DCG will continue to be a leading builder of the industry and we are committed to our long-term mission of accelerating the development of a better financial system,” Silbert wrote. “We have weathered previous crypto winters and while this one may feel more severe, collectively we will come out of it stronger.” He added that DCG has only raised $25 million in primary capital and is on track to see $800 million in revenue this year.

Bloomberg reported Monday that Genesis has sought fresh capital while warning that it may need to file for bankruptcy if its efforts fail, according to people with knowledge of the matter. For the investors who were approached for the $1 billion lifeline being sought, some began to balk at the interconnectedness between the entities, according to people familiar with the discussions. Another simply said it was a matter of how these types of firms do business.

Additionally, the more-than-$1 billion loan between DCG to the Genesis entity is a link that’s made some potential investors unsure about whether they would owe Silbert’s firm more money if their investment in Genesis were to fail.

Silbert’s Digital Currency Group is the parent company of Genesis and has an interest in more than 200 other firms. Genesis issued a statement Monday saying “we have no plans to file bankruptcy imminently.”

Genesis is a counterparty to many in the digital-asset space and is closely watched as a gauge of the industry’s strength. It’s among the crypto lenders that are feeling acute strain after a prolonged rout in virtual-coin prices amid multiple high-profile blowups.