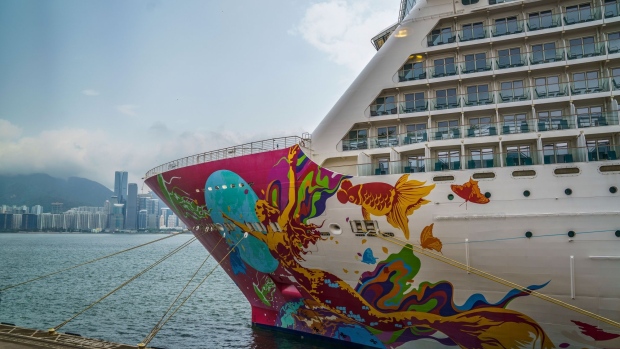 (Bloomberg) -- Genting Hong Kong Ltd. may file for provisional liquidation as soon as Tuesday after it wasn’t able to secure funds to help it stay afloat following an insolvency at its German shipbuilding subsidiary.

The troubled cruise operator plans to file for provisional liquidation with courts in Bermuda unless it receives “credible proposals for a solvent, consensual and inter-conditional restruction solution,” Genting Hong Kong said in a filing to the Asian financial hub’s exchange. Trading of the company’s shares has also been suspended.

Genting Hong Kong’s indirect wholly-owned shipbuilding subsidiary, MV Werften, filed for insolvency to a local court in Germany last week. That came after salvage talks fizzled amid a dispute between German authorities and Genting, as both parties blamed the other for MV Werften’s collapse and the potential loss of 1,900 jobs. The Hong Kong cruise firm warned investors that cross defaults amounting to $2.78 billion may follow.

The financial health of Genting Hong Kong deteriorated after Covid-19 wiped out travel demand and cruise operations were halted globally. That led the industry to carry out a string of restructuring and insolvencies. The company, which has offered “seacations” amid a cruise-to-nowhere trend, reported a record loss of $1.7 billion last May. The latest developments come just as Hong Kong reimposes some of its strictest virus curbs since the pandemic began.

Genting Hong Kong said on Tuesday that a German court had rejected an application that would have provided MV Werften with access to a $88 million lifeline.

“The company considers that it has exhausted all reasonable efforts to negotiate with the relevant counterparties under its financing arrangements,” Genting Hong Kong said in the statement.

“The appointment of provisional liquidators is essential and in the interests of the company, its shareholders and its creditors in order to maximize the chance of success of the financial restructuring and to provide a moratorium on claims and to seek to avoid a disorderly liquidation of the company by any of its creditors,” it added.

Separately, Genting Hong Kong said that Alan Smith, Lam Wai Hon, Ambrose and Justin Tan have resigned as independent non-executive directors and as such have ceased to be members of the company’s audit, remuneration and nomination committees.