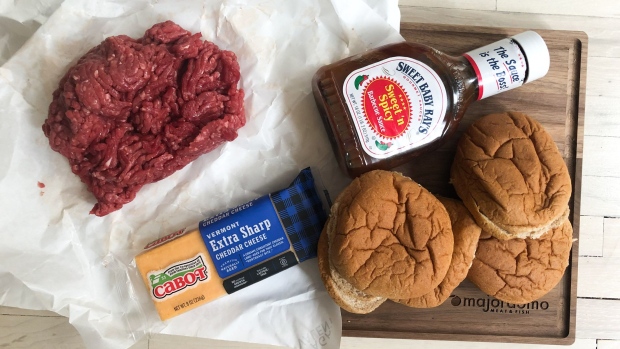 A White House cookbook would be a book few people would want to cook from. The grandiose state dinner for Queen Elizabeth II in 2007 that ended with meringue and spun sugar “rose blossoms” is not a meal anyone but a truly dedicated political junky wants to re-create at home.

This is not the cookbook that Matthew Wendel has written. He first met George and Laura Bush when he was a caterer-waiter working Bush’s 1995 Texas gubernatorial election parties. He stayed with the family when Bush became president in 2001, but he declined to cook at the White House. “Mrs. Bush asked me if I wanted to. My response was, ‘The White House will be fussy dinners and receptions. My style is home cooking.’”

Instead, he cooked for the Bushes at Camp David and the family’s Prairie Chapel Ranch outside Crawford, Texas, where he also prepared food for Israel’s former Prime Minister Ariel Sharon and Russian President Vladimir Putin when they visited.

For Wendel, the highlights weren’t dinners he created but the breakfasts he’d bring to the guests who stayed over, such as the German chancellor. “Angela Merkel was visiting, and she and her husband were as casual as Mr. and Mrs. Bush were,” he says. “I was out at the barbecue pit, smoking beef tenderloin over pecan wood. She was out for a walk and was very interested in how I was cooking the meat, how I built the fire. She said she cooked out a lot and wanted to know about all of it.”

In Recipes From the President’s Ranch: Food People Like to Eat (White House Historical Association; Aug. 12; $45), Wendel tells plenty of stories like this and offers up dozens of recipes, including the gooey cinnamon rolls that first captured the Bushes’ attention in Texas in the 1990s.

One of the most compelling recipes in the book is the Sweet and Smoky Cheeseburger. The four-ingredient recipe (if you don’t count salt and pepper and oil for the grill, which I don’t) inspired the phrase “cheeseburger diplomacy” because it was featured on the menu at the first official meeting between President Bush and former U.K. Prime Minister Gordon Brown at Camp David in July 2007.

The recipe is also notable because it’s made in a way that will be blasphemous for burger purists: Wendel mixes barbecue sauce into the ground meat instead of slathering it on the bun. Experts will tell you never to do this—mixing anything into the ground meat, including a sweet vinegary sauce, steps on the taste of good-quality ground meat.

It also means there’s a good chance you’ll overwork the patty, making for a tough burger. So don’t do that. Instead, carefully, but thoroughly, work in the barbecue sauce. The result is a fun surprise—a smoky hit when you bite into the burger. The sauce also helps keep the patty moist. (If you can’t bring yourself to mix in the sauce, spreading it on the bun is a tried-and-true formula.)

Laura Bush, who wrote the cookbook’s forward, has specific rules for assembling this cheeseburger, and they work to good effect:

And that’s it—add only the few other ingredients you demand on a burger.

But go easy on the extras: According to Wendel and Mrs. Bush, it should be a cheeseburger, not a buffet. The following recipe is adapted from Recipes From the President’s Ranch.

In a bowl, mix the ground beef with barbecue sauce and salt and pepper just until combined; do not overmix. Divide the meat into 4 equal patties about ½-inch thick.

Lightly brush a charcoal or gas grill with oil and heat to medium. Grill burgers for about 5 minutes, until charred on the bottom. Flip burgers and cook for 1 minute more. Top each burger with cheese and cook just until melted, 1 to 2 minutes more, or until cooked to desired temperature.

Serve on toasted buns with your favorite burger condiments.