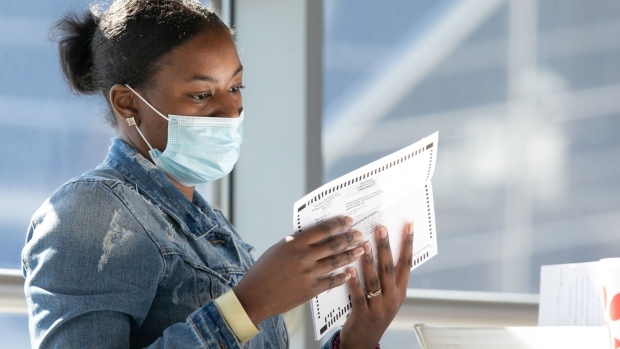 Georgia Secretary of State Brad Raffensperger is to certify Joe Biden’s win in the state Friday, a day after completing a hand audit of the state’s more than 5 million ballots, starting the clock for electors to be named and any further recount demand from President Donald Trump’s campaign.

The deputy secretary of state, Jordan Fuchs, said an earlier announcement that the certification had already occurred had been sent in error.

“A team member sent out the wrong press release,” Fuchs said. She said the certification involves signing thousands of documents and that the error was not a reflection of any pressure on Raffensperger, who is a Republican, not to certify the results.

Biden won Georgia by a margin of 12,284 votes, or about 0.3 percentage points, marking the first time a Democrat won the state since 1992.

“Numbers don’t lie. As secretary of state, I believe the numbers that we have presented today are correct,” Raffensperger said in a press conference ahead of the certification. “The numbers reflect the verdict of the people.”

Republican Governor Brian Kemp will have until Saturday to approve the state’s electors.

Because of the slim margin, Trump will have the right to request a recount by Tuesday. Absent a court order, any recount would only require counties to feed ballots through scanners again instead of the more time consuming process of tallying them by hand. The Trump campaign has not said if it will request such a count, but Thursday night said it intends “to pursue all legal options to ensure that all legal ballots are counted.”

The Associated Press called the state for Biden when the audit was complete.

Certification is an important legal milestone because it’s the state’s official declaration of who won unless a court intervenes, and it also triggers the appointment of state electors to the Electoral College.

The president’s efforts to reverse the results of the election have launched lawsuits and demands for recounts in several states. A federal district court denied a Trump supporter’s bid to delay certifying the results in Georgia on Thursday.

In Georgia, the election and its aftermath have pitted Republican against Republican, including a call for Raffensperger to resign from Republican U.S. Senators Kelly Loeffler and David Perdue, both of whom face competitive run-off elections in January.

Raffensperger has defended the integrity of the vote. In an interview on Tuesday, he criticized what he called “a campaign of misinformation, disinformation and outright lies about the process in Georgia.”