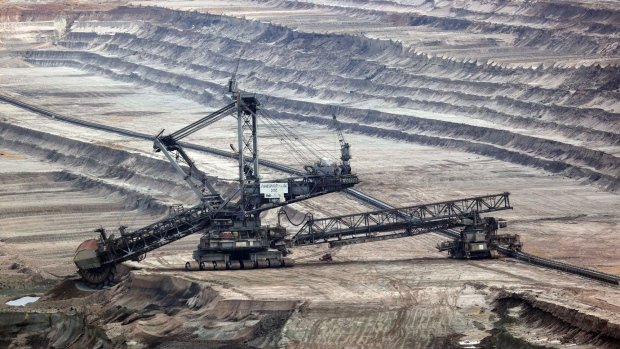 A giant excavator operates on the terrain of the Hambach open cast lignite mine, operated by RWE AG, in Hambach, Germany, on Wednesday, Aug. 11, 2021. A report from the world’s top climate scientists warned that the planet will warm by 1.5° Celsius in the next two decades without drastic moves to eliminate greenhouse gas pollution. , Bloomberg

“In order to reach the climate goals, an earlier exit from coal-fired power is needed, ideally by 2030,” the Social Democrats, Greens and Free Democrats wrote in a preliminary accord published on Friday.

Details of how Europe’s largest economy can shed its reliance on coal are expected to be hammered out when the parties commence formal coalition talks as early as next week.

Germany has recently leaned more on coal for electricity general as it attempts to phase out nuclear power by 2022. It already faces high energy costs that could be exacerbated by shutting coal facilities more quickly.

The Green Party had made an earlier exit from coal one if its core election campaign pledges as a step toward reaching carbon neutrality in Germany by 2045.

Climate policy has become a priority throughout the European Union, with the bloc seeking to curb its greenhouse gas emissions by 55% by the end of this decade, compared with 1990 levels.

Phasing out coal by 2030 could potentially allow Germany to avoid 1.1 billion euros ($1.3 billion) a year in emission costs, according to a study by Wartsila Oyj. Yet it would require the country to boost its wind and solar capacity by about 20% beyond what’s planned for the 2038 phase-out.