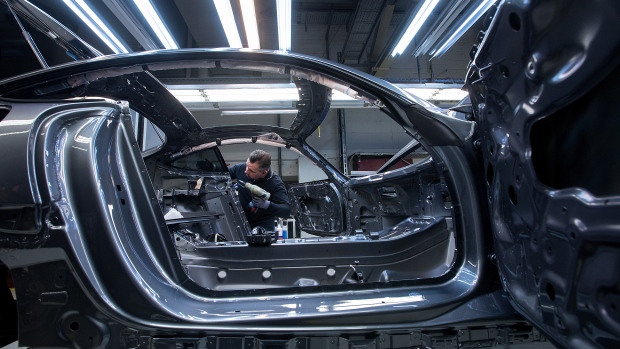 German manufacturers are reinforcing concern that Europe’s largest economy is headed into a recession.

A nationwide gauge showed orders at factories and services companies are dropping at the fastest pace in six years, and more companies now expect output to fall than rise over the next 12 months. That’s the first time that’s happened since 2014, according to the Purchasing Managers’ Index from IHS Markit. 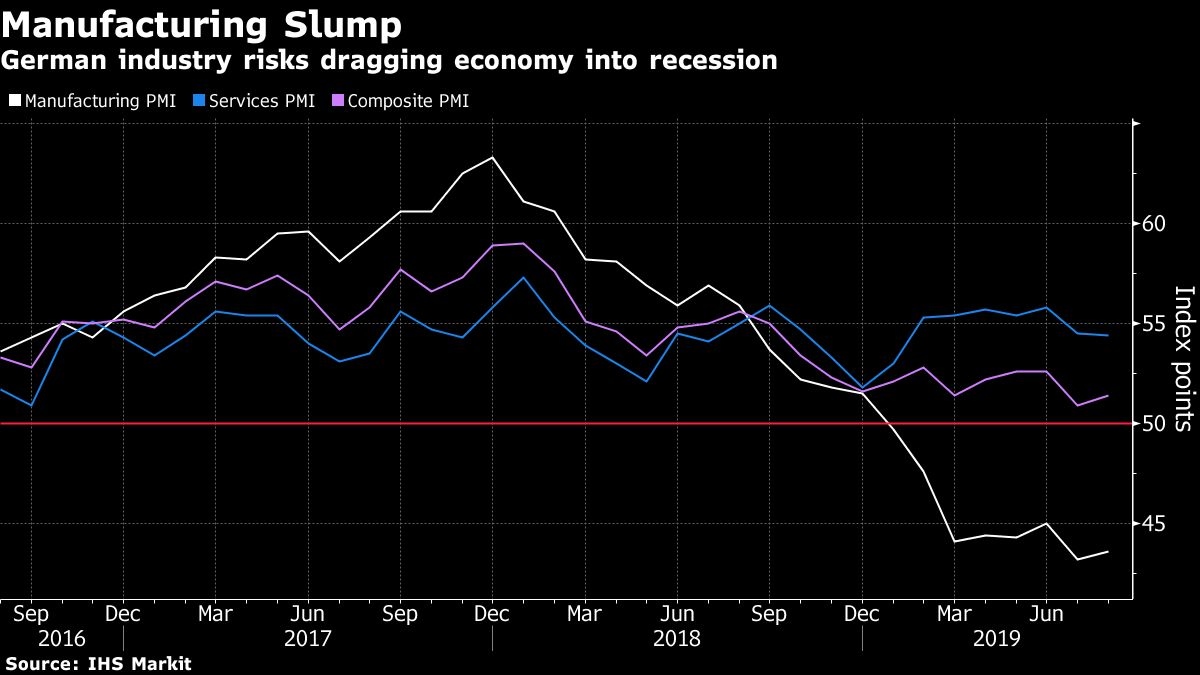 The peek into the engine room of European industry provides a damning snapshot of the economy, which shrank in the second quarter. The persistent weakness -- driven in particular by mounting global trade tensions, car industry woes and slowing demand in China -- doesn’t bode well for the broader euro area.

European Central Bank policy makers have already started laying the groundwork to add monetary stimulus, and are expected to cut interest rates at their next meeting in three weeks. In Germany, the government has made only tentative steps toward a fiscal stimulus program aimed at supporting growth.

“Somehow they are not looking at this data,” said Carsten Brzeski, chief German economist at ING in Frankfurt. “The German government should react. We have this stagnation of the entire economy now and we really need some fiscal stimulus.”

While the headline German composite PMI unexpectedly rose in August to 51.4 from 50.9, the index for factories remained far under 50, signaling a seventh month of contraction. Backlogs of work across both sectors fell for a 10th month and the pace of hiring slowed, with employment in manufacturing declining at the fastest pace in seven years.

“There’s a little light at the end of the tunnel for Germany’s economy. The PMI -- a trusted gauge of economic activity -- picked up a little in August. The big risk is that a fresh blow to manufacturing materializes -- the U.S. goes ahead with tariffs on EU car exports, for example -- or that weakness in the industrial sector spreads to services.”

Composite figures for France and the euro area also beat expectations, and the euro rose. Bunds declined, though 10-year yields are still well below zero.

“Germany remains a two-speed economy, with ongoing growth of services just about compensating for the sustained weakness in manufacturing,” said IHS Markit economist Phil Smith. “Although improving slightly, the survey’s output data haven’t changed enough to dispel the threat of another slight contraction in gross domestic product in the third quarter.”

--With assistance from Matthew Miller