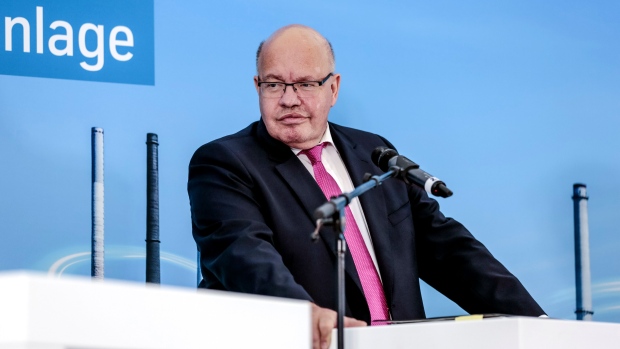 Peter Altmaier, Germany's economy minister, pauses during a news conference announcing the Thyssenkrupp AG carbon neutral Carbon2Chem pilot plant at the company’s factory in Duisburg, Germany, on Friday, Aug. 28, 2020. Thyssenkrupp dropped the most since March after warning losses would continue this quarter, further eating into cash from a multibillion-euro elevator sale that was meant to aid a turnaround. , Bloomberg

“We are prepared to make public funds available for the massive restructuring of the steel industry toward climate-neutral steel,” Altmaier said in an interview with the Frankfurter Allgemeine Sonntagszeitung. “And, of course, our aid programs are also open if liquidity is needed,” he said.

Altmaier did not want to comment on the current takeover bid by British conglomerate Liberty Steel, according to the newspaper.

Read more: Thyssenkrupp Jumps as Gupta’s Liberty Bids for Steel UnitThyssenkrupp shares surged on Friday after reports that the offer was imminent.