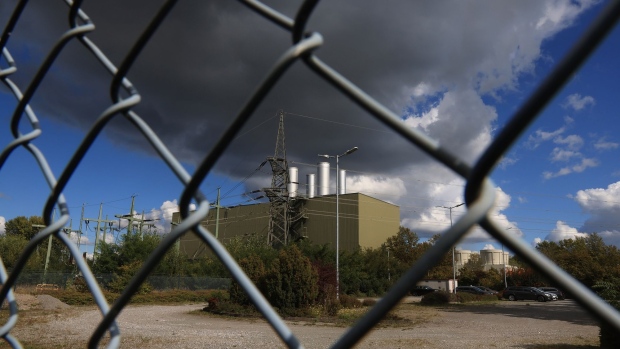 The Kirchmoeser natural gas power plant, operated by Uniper SE, in Brandenburg, Germany, on Wednesday, Sept. 21, 2022. Germany will nationalize Uniper in a historic move to rescue the country's largest gas importer and avert a collapse of the energy sector in Europe's biggest economy. , Bloomberg

German Finance Minister Christian Lindner criticized the gas levy planned to help the country stave off a collapse of its energy sector.

Lindner told Bild am Sonntag that he’s less concerned about the legal aspects of the plan that have stoked controversy in Germany, than about its economic rationale.

“We have a gas levy that increases the price. But we need a gas price brake that lowers the price,” said Lindner, a fiscal hawk who leads the business-friendly Free Democrats.

He also said Germany should stick to its debt brake despite huge costs now being incurred to stabilize its energy sector, including a costly bailout of gas importer Uniper SE.

The gas levy has become a flashpoint since it was floated in August by Robert Habeck, Germany’s economy minister and a member of the Greens.

The measure, due to take effect on Oct. 1, is designed to compensate utilities for soaring wholesale energy prices by charging consumers a fee. The measure was originally criticized for being too loosely defined, allowing unaffected companies to apply for funds. Habeck has sought to close loopholes to shut out “freeloaders.”