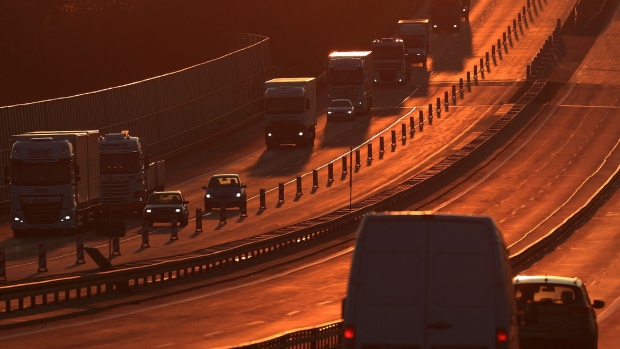 Germany’s economy will likely shrink this quarter at more than twice the pace recorded at the height of the financial crisis, according to the country’s leading research institutes.

Output is predicted to slump 9.8% in the April-June period, the most since records for quarterly data began in 1970. The economy is set to contract 4.2% over the course of this year, before government measures to counter the coronavirus impact fuel expansion of 5.8% in 2021.

The size of the full-year contraction this year is smaller than the 5% predicted last week by Economy Minister Peter Altmaier. Yet the institutes cautioned that there are “considerable downside risks” to their projections, including a slower than expected weakening in the spread of the virus, problems with reviving the economy after the shutdown eases or a new wave of infections.

“The recession will have a profound impact on the labor market and public finances,” Timo Wollmershaeuser, head of business-cycle analysis and forecasts at the Ifo institute, said in a statement. The unemployment rate will likely rise to 5.9% this year, he added.

Chancellor Angela Merkel’s government has moved swiftly to mitigate the effects of the virus on Europe’s biggest economy, pledging hundreds of billions of euros in aid and loans for companies hit by a collapse in demand.

The ruling coalition on Monday announced a new “limitless” loan program for Germany’s small- and medium-sized companies, which form the backbone of the economy. That’s on top of a slew of other measures to counter what Merkel has called Germany’s biggest challenge since World War II.

The number of new coronavirus infections in Germany rose the most in three days, according to data Wednesday from Johns Hopkins University, bringing the total to 107,663 in Europe’s fourth-most extensive outbreak. The number of fatalities climbed to 2,016.