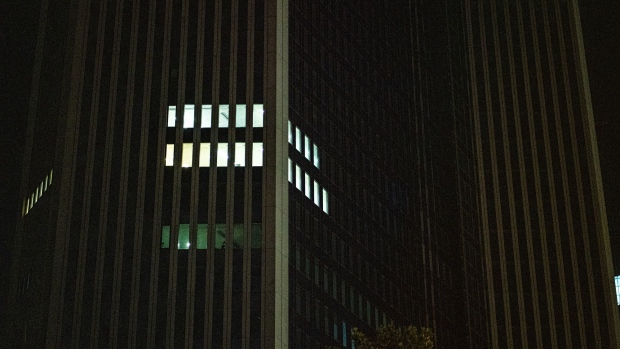 (Bloomberg) -- Benchmark German power prices rose to a record, with an ongoing heat wave and drought set to severely restrict one of Europe’s key waterways for shipping energy supplies.

The blistering summer heat is adding stress to Europe’s energy system while Russia limits exports of gas to the continent. That’s set to hit the finances of households and businesses across Europe, a crisis that will only intensify as energy demand rises during winter.

Almost every aspect of the power system is contributing to higher prices right now. The latest literal choke point is the Rhine River, which is set to become virtually impassable later this week, cutting supplies of coal to plants that are meant to run more to allow Europe to save its gas. While they can still get the fuel by road or rail transport, it’s more expensive to do so.

“Low water levels on the Rhine have reduced the ability of these coal power plants to receive sufficient coal to operate at optimum output,” analysts at AME Group wrote in a note.

Benchmark German power for next year rose as much as 3.2% to 420 euros a megawatt-hour on the European Energy Exchange. That’s more than five times the price a year ago.

The blistering heat and drought has also dried up rivers and reservoirs that power hydroelectric plants.

There’s really no end in sight for the dry conditions, according to Silje Eriksen Holmen, a hydrologist at Oslo-based energy technology company Volue. That’s because it’s not just this summer that’s been hot and dry, but a much longer period that has compounded the drought’s impact.

“The problem isn’t a dry July or a couple of weeks or months,” Eriksen Holmen said in an interview. “It’s been a really dry whole year.”

Wind power is also lower than average for this time of year in parts of Europe including Germany and the UK, two of the biggest producers. That leaves the system more reliant on fossil fuel plants.

At the same time more than half of France’s aging nuclear fleet is offline for maintenance, leaving the country dependent on imports from its neighbors.