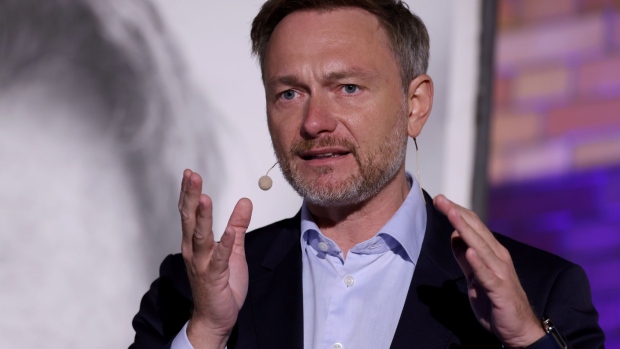 Christian Lindner, leader of the Free Democratic Party (FDP), speaks during an election campaign rally in Berlin, Germany, on Friday, Sept. 24, 2021. The main candidates are fanning out across Germany on the penultimate day of campaigning before Sunday’s election to determine who will succeed Angela Merkel as chancellor. Photographer: Liesa Johannssen-Koppitz/Bloomberg , Bloomberg

According to the German business news magazine, tax officials from the federal and state governments held initial talks this month, with the aim of drafting a law. Germany will then wait for a corresponding European Union directive.

The taxation deal, agreed by around 140 nations last year, would work by creating a top-up levy that governments apply when profits of a multinational firm in another jurisdiction are effectively taxed at less than 15%.

The president of the Association of German Chambers of Industry and Commerce, Peter Adrian, called for a fair implementation of the levy. “Only if the new minimum tax is levied everywhere can a level playing field emerge, and only then will our companies in this country not be disadvantaged,” Adrian told WirtschaftsWoche.