Germany narrowly dodged what would have been its first recession in six years, putting a damper on speculation that the government will add fiscal stimulus any time soon.

The surprise expansion doesn’t change the fact that the economy is going through a torrid period that’s turned it from the euro area’s traditional growth engine into a source of weakness. Expansion was just 0.1 per cent in the third quarter, with the 19-country currency bloc only a little better, at 0.2 per cent.

A pile up of trade tensions, weaker world demand and turmoil in the automobile sector has led to Germany’s worst manufacturing slump in a decade and put question marks over its role as an economic powerhouse.

Weakness in the global economy was also evident elsewhere on Thursday. Expansion in Japan cooled sharply in the third quarter, and China saw slower growth in factory output and consumption coming off the boil.

Germany’s GDP increase was led by consumer and government spending. Construction and exports also rose, while investment in machinery and equipment fell. The contraction in the second quarter -- which had sparked months of recession speculation -- was revised to 0.2 per cent from 0.1 per cent. 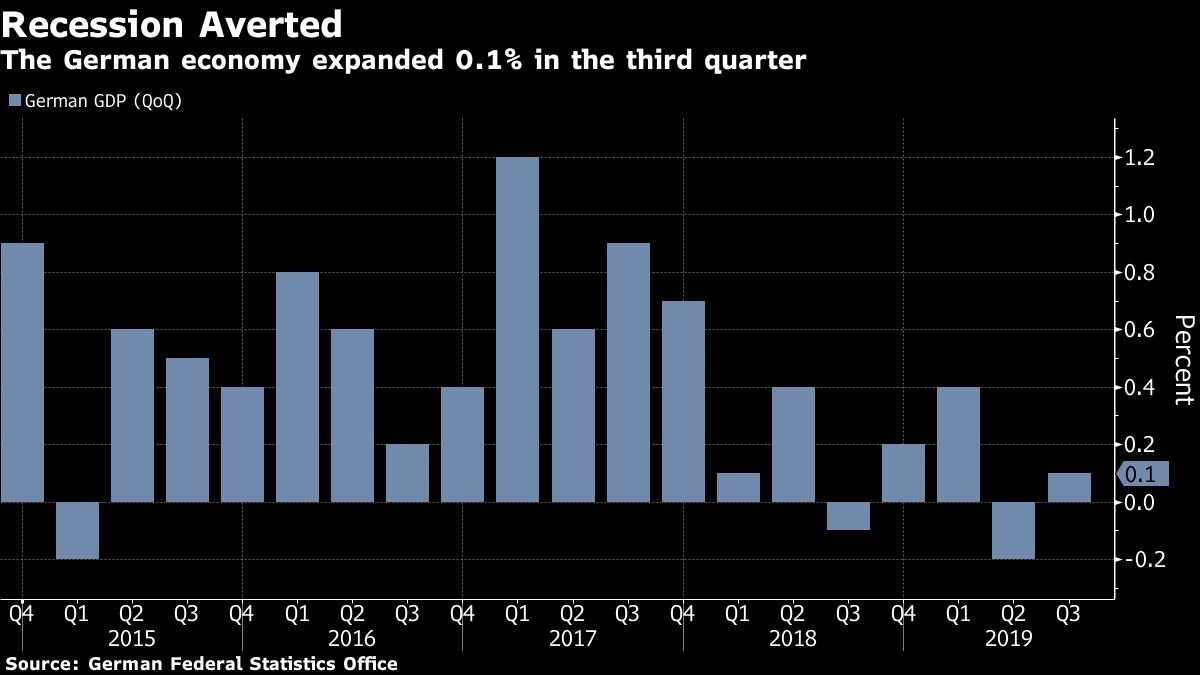 “The question remains how much of the weakness in manufacturing will spread to services. Our base case is that some of the damage will be transmitted, keeping growth slow, but that a downturn will be avoided.”

There have been some signs recently that the economy may be through the worst of its downturn, and business sentiment appears to have stabilized. Third-quarter growth in most major euro economies beat expectations.

But it’s far from an all-clear, with most key indicators still at multi-year lows and the economy expected to post sub one per cent growth in 2019 and 2020. The pain has been felt across the major names in German corporate royalty, with firms from Siemens to BASF repeatedly warning that trade fights are hitting sentiment and investment.

Upheaval in the car industry from emissions and the switch to electric engines have compounded the slump, and there’s little end in sight. Parts maker Continental AG said two days ago it sees no material improvement in global car production in the next five years, and Daimler AG announced plans to slash headcount at its Mercedes-Benz cars division.

“The German economic model is more challenged than it has been in the past,” Dietmar Hornung at Moody’s said on Bloomberg TV. “We’re seeing headwinds, but it’s also a structural issue that could lead to a gradual weakening over time of Germany’s economic strength.” 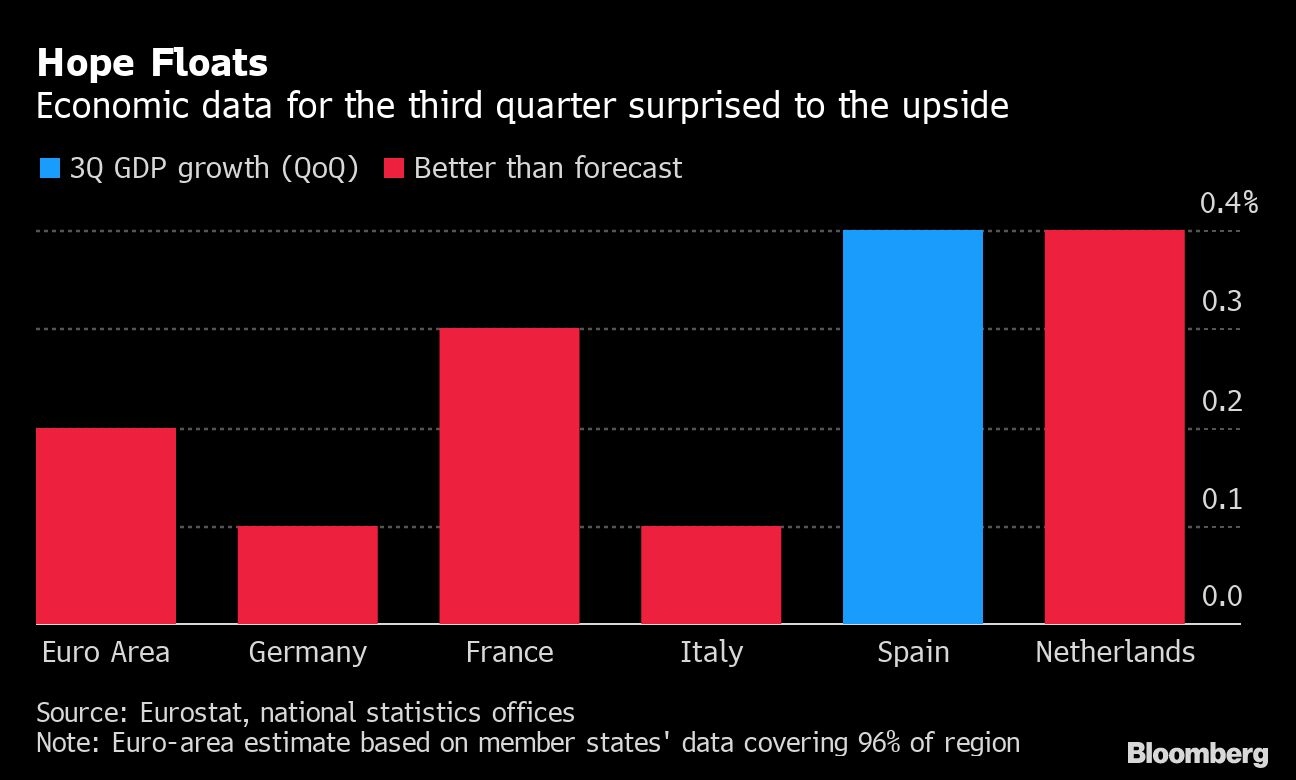 Concern about the economy has pushed German bond yields below zero and meant Germany faced a growing chorus of calls to unleash fiscal stimulus. The government has said that’s not needed and it’s likely to feel vindicated by Thursday’s figures.

However, Economy Minister Peter Altmaier, speaking on ARD television shortly after the data were published, characterized growth as “still too weak.”

“That means the upward trend has started but it’s proceeding very slowly,” he said.

Much hinges on developments in the U.S.-China trade battles that have dominated the global economic landscape. The danger of U.S. levies on European automobiles isn’t fully off the table, suggesting manufacturing momentum will remain subdued.

Consumers have also become wary. Households’ assessment of the growth outlook is at a seven-year low, financial expectations are deteriorating rapidly and fears of unemployment are rising.