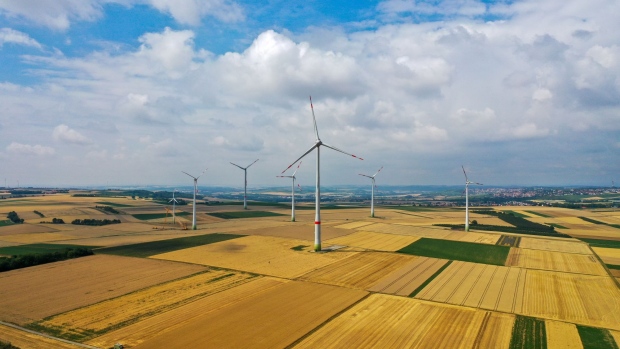 (Bloomberg) -- Germany is selling its first 30-year green bonds, in the longest pitch to investors to fund environmentally-friendly projects.

The sale will help enable Europe’s largest economy to build a full yield curve of such securities, the latest step in the development of the fast-growing market. It offered the debt at one basis point below comparable nominal bond yields, according to a person familiar with the matter, evidence of a so-called “greenium” for environmentally-friendly debt that enables cheaper borrowing.

Europe has emerged as the leader in sustainable debt issuance, surging this year to make up nearly a quarter of all sales in the region. The market is set to receive a further boost from the European Union’s plans to finance almost a third of its 800 billion-euro ($971 billion) recovery fund through green bonds.

The extra supply from Germany spurred a selloff in its 30-year bonds, with yields rising four basis points to 0.40%, the highest since July.