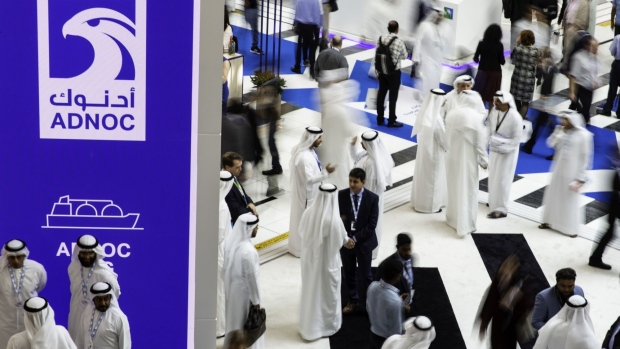 Securing additional supplies is crucial for Germany after the Kremlin shut down a key pipeline. Officials have grown increasingly concerned about blackouts and rationing this winter, and the economy is hurtling toward a recession. The deal announced Sunday shows how difficult it will be for the country to get more gas in the near-term.

“We must ensure that the coalition on liquefied natural gas in the world is advancing to the point where the high demand can be met,” Scholz said in Abu Dhabi.

The comments came a day after Scholz visited Saudi Arabia, where he met with the OPEC kingpin’s crown prince for talks that focused on future cooperation and importing hydrogen. Those issues bear more relevance to long-term security than the ongoing shortage as winter approaches.

After the UAE, Scholz traveled to Qatar, where he and the nation’s emir were expected to discuss long-term plans for shipments of gas and hydrogen. Germany and Qatar have been discussing LNG supplies for several months, with Germany being reluctant to commit to long-term contracts at record prices for LNG.

Scholz issued a statement after the Qatar meeting that didn’t reference any agreements on supply. Qatar’s energy minister said Saturday that talks with RWE and Uniper SE for long-term LNG contracts are ongoing.

Under the terms of the deal with ADNOC, the LNG would be delivered to RWE’s floating terminal at Brunsbüttel, near Hamburg, as soon as late December. Germany is setting up floating LNG import terminals, and some facilities are expected to be ready this winter.

ADNOC also agreed with fuel distributor Wilhelm Hoyer GmbH & Co. KG to supply as much as 250,000 tons of diesel per month in 2023, according to the UAE’s state-run news agency, WAM. The energy company made it first direct delivery of diesel to Germany in September.

Separately, Abu Dhabi-based Masdar will pursue more opportunities for wind power in northern Europe and Germany’s Baltic Sea area to boost renewable energy output to 10 gigwatts by 2030, according to WAM.